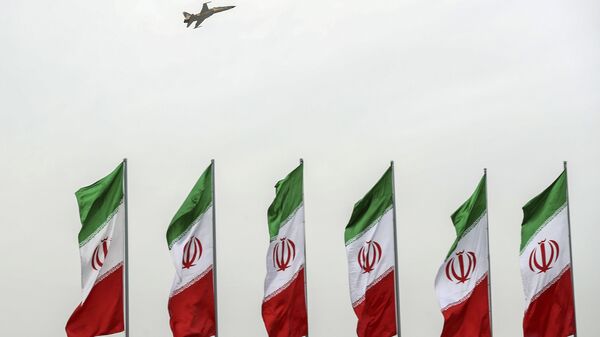 "[The ministers discussed] the relations between two friendly nations as well as the latest developments in the regional and international arena", the Foreign Ministry said on its Twitter page.

Oman has many times served as a mediator in relations between the United States, Iran and the Gulf states.

The US-Iranian tensions first flared up last year when the United States unilaterally withdrew from the 2015 nuclear agreement with Iran and started reinstating sanctions against Tehran. On 8 May, Iran announced its decision to partially discontinue its obligations under the nuclear agreement.

Tehran to Trump: US 'Genocidal Taunts Won't End Iran'
Iran also gave nuclear deal signatories – France, Germany, the United Kingdom, Russia, China and the European Union – an ultimatum, saying it would step up uranium enrichment in 60 days if they did not shield Tehran from sanctions imposed by the United States after Washington quit the pact last year.

Both countries are reportedly boosting military presence in the region despite the leaders’ remarks about their wish to avoid an open military conflict.

In particular, Washington has deployed to the region an aircraft carrier strike group, Patriot missiles, B-52 bombers and F-15 fighters, according to the Pentagon. Iranian Supreme Leader Ayatollah Ali Khamenei has said that Iran does not intend to wage war with the United States but will continue to resist Washington.