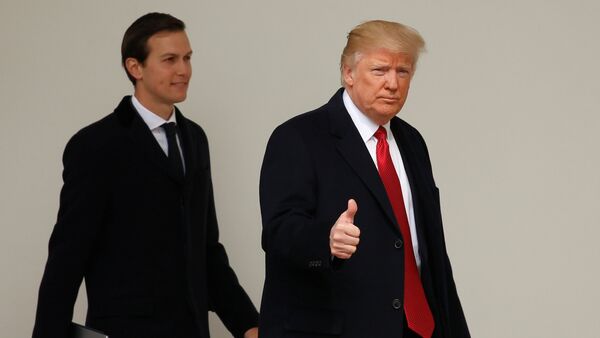 The fraud unit at Deutsche Bank flagged bank accounts belonging to Donald Trump and Jared Kushner for suspicious activity, recommending that the accounts be reported to federal financial crimes groups.

The activity on accounts belonging to both Trump and Kushner was flagged by Deutsche Bank software made to detect actions that appears to be potentially illegal. Five current and former employees of the bank have confirmed to the New York Times that the accounts were flagged.

Suspicious activity reports were prepared for filing with the US Treasury for investigation as possible federal financial crimes, yet, according to the report, bank executives overruled the employees and did not alert the government.

Trump Received $2 Billion in Loans From Deutsche Bank – Reports
Tammy McFadden, a former DB anti-money laundering specialist, said she looked at the accounts in question herself and was fired after raising concerns about transactions.

Deutsche Bank told the Times “the suggestion that anyone was reassigned or fired in an effort to quash concerns relating to any client is categorically false.” The bank also told the Times it had increased its scrutiny of potential money laundering.

A Kushner Companies spokesperson told The Hill in a statement that "The New York Times tries to create scandalous stories which are totally false when they run out of things to write about."

Zabarsky added that "any allegations regarding Deutsche Bank’s relationship with Kushner Companies which involved money laundering is completely made up and totally false."

Deutsche Bank came up repeatedly during Special Counsel Robert Mueller’s investigation of alleged Trump-Russia collusion and Russia’s alleged interference in the 2016 US election. The US Justice Department released the redacted version of the report in mid-April summarizing the outcome of Mueller’s investigation. According to the document, the investigation did not find any evidence of collusion between Russia and Trump's campaign team.