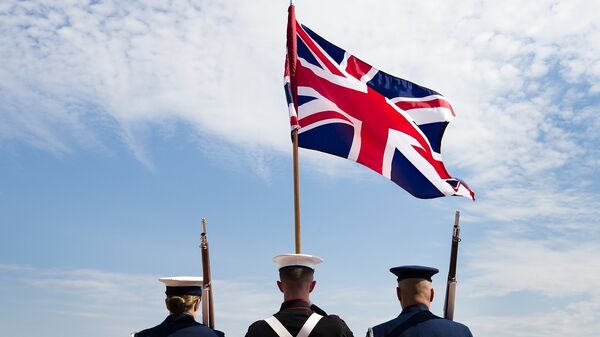 CC0 / Pixabay /
Subscribe
International
India
Africa
In 2012 a £495 mln campaign launched to bring in fresh recruits failed dismally; the company in charge of the effort, Capita, has botched hiring targets every year since then, according to UK's National Audit Office.

The UK’s armed forces are in the throes of one of the worst manpower crises in the nation's military history, The Sun on Sunday revealed.

Britain’s defence chiefs are reportedly almost 10,000 men and women short of the number the government believes is required to ensure the country’s safety.

According to alarming figures obtained by the paper, practically every regiment, infantry battalion, unit and corps in the UK Army is understaffed.

Reports show that the Royal Navy and the RAF also jointly fall 3,000 troops short of the targets they set under the 2015 defence and security review.

In line with government defence plans, the MoD is requiring an army of 82,000 men and women by 2020, with the overall number of troops in the armed forces standing at 144,200.

Statistics show across the services there are around 10,000 troops have been medically downgraded as not fit for front line duty.

The former regiment of Prince Harry, the Household Cavalry and the Brigade of Guards — troops tasked with guarding Her Royal Majesty the Queen and the Royal Palaces — are hundreds of men short.

The Sun reports that every tank regiment, almost every artillery unit and most of the Royal Engineers are short of men and women.

“We are fully committed to improving our recruitment process, including working with Capita to ensure any challenges are being addressed”, the paper reports Colonel Richard Kemp, former commander of British troops in Afghanistan as saying.

'Oh, Oh You're NOT in the Army Now': Thousands Rejected by UK Forces Due to Acne

The Intelligence Corps, which is tasked with gathering information on Britain’s potential enemies, is also understaffed.

Three battalions of the Intelligence Corps are 20% understaffed, as they should include 647 serving personnel; currently, there are only 530 men and women serving in the unit.

“I suspect these low figures are more about balancing the MoD budget than their ability to recruit,” The Sun cites the former defence minister, Labour MP Kevan Jones, as saying.

“The Treasury and MoD need to address this crisis urgently.”

In the words of one serving member of the regiment, many soldiers are leaving because they are fed up with below-par living conditions.

Based in Ternhill, Shropshire, the regiment’s barracks have been plagued with a spate of problems over the last months.

Troops lacked hot water over the winter months, and were unable to wash themselves and their clothes, while the cookhouse had to be shut down because it was overrun by rats.

Back in 2012, a multi-year campaign was launched to bring in fresh recruits. Capita was awarded the £495 mln contract, but the army has not recruited the number of soldiers it requires in any year since the contract began.

The army “underestimated the complexity of what it was trying to achieve” when it embarked on a project with outsourcing giant Capita, stated a National Audit Office report in December.

Capita reportedly even resorted to a series of ads featuring a racially and gender-diverse cast of young Brits, inspired by iconic recruitment posters from World War I.

A previous campaign had received a backlash of criticism after an investigation by The Guardian revealed it had targeted working-class youth in gyms, pubs and movie theatres.

Former UK defence secretary Gavin Williamson at the time described the recruitment campaign as “a powerful call to action that appeals to those seeking to make a difference as part of an innovative and inclusive team” reported The Guardian.