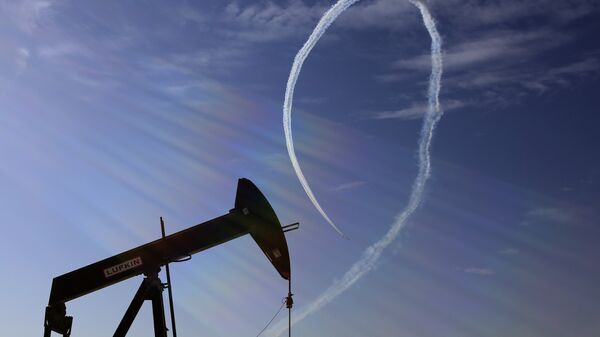 On Tuesday, Minister of Energy, Industry, and Mineral Resources Khalid bin al-Falih said that two oil pumping stations have been attacked by drones in Saudi Arabia.

Saudi Arabia's oil output has not been affected by the recent attacks on its pumping stations, however, they hampered the security of oil supply, Energy Minister Khalid al-Falih said on Sunday ahead of a ministerial summit of top OPEC and non-OPEC oil producers, including Saudi Arabia and Russia.

During his address at the opening of the OPEC-non-OPEC Joint Ministerial Monitoring Committee's (JMMC) meeting in Jeddah, Khalid al-Falih also urged Saudi Arabia's allies to condemn the attacks.

Ships Sabotaged in UAE Waters Belonged to Norway, UAE, Saudi Arabia - Reports
The official's statement comes after earlier this week two oil pumping stations, functioning as part of a major East-West oil pipeline, were attacked by drones in Saudi Arabia. Later, the Associated Press news agency reported that the Houthis militias had claimed responsibility for the attack, which was meant to send a message to the kingdom to cease what the militants described as "aggression".

Prior to that, the minister reported another incident near the UAE in the vicinity of the Fujairah port as four vessels were targeted in a "sabotage attack".

In additon, Saudi Energy Minister Khalid al-Falih shared his view on oil market on Sunday in Jeddah saying that it was quite foggy, with strong performance of Chinese and US economies offset by risks posed by trade dispute between the two powers.

"How would I characterise today's market outlook? To be frank, the picture is quite foggy with the market defined by signals I already alluded starting with the global economy. The levels are still reasonably healthy with the US leading steadied reforms, while the Chinese economy performs strongly this year. But the growing trade dispute between the same two leading global economic powers is casting a shadow on the global economic outlook," Falih said.

He also noted that no one wanted to see oil inventories increasing again, so everyone in the market was very cautious.

"It is critical that we don't make hasty decisions, given the conflictive data, the complexity of all and the evolving situation," the minister stressed.