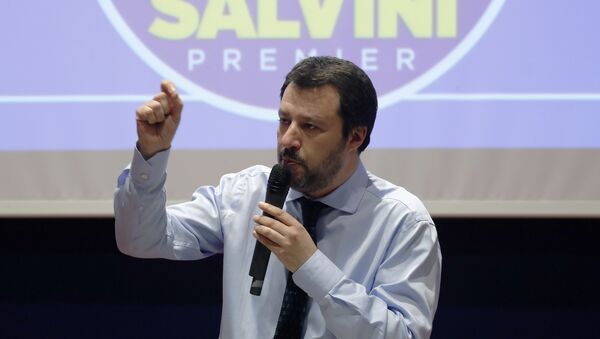 © AP Photo / Antonio Calanni
Subscribe
International
India
Africa
MILAN (Sputnik) - Italian Deputy Prime Minister and Interior Minister Matteo Salvini, who is also the leader of Italy's political party Lega, intends to present the "Bill of Rights of the European Peoples" to the EU Parliament as the first document of his alliance after the election.

"We have prepared the Bill of rights of the European peoples, which is going to be the first document Lega and the Alliance of People and Nations will present to the European Parliament… The right to work instead of money as some God! The right to work, to happiness, to health," Salvini said during a right-wing rally in Milan.

The rally is organised by Salvini and is held under "Italy first! Toward a Common Sense Europe" slogan. Salvini has built a pan-European bloc of right-wing parties ahead of the elections to the European Parliament, in which his party is projected to make some of the most striking gains.