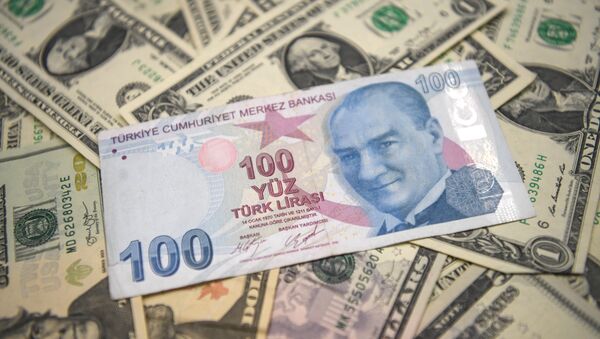 Earlier on Friday, President Trump notified Congress about the cancellation of the preferential trade regime with Ankara.

The annulment of preferences in mutual trade contradicts the targeted goal of the two countries to increase trade to $75 billion, according to Turkey's Minister of Commerce Ruhsar Pekcan.

The minister said that the move would negatively impact companies in both countries.

(3/5) Moreover, the removal of Turkey from the GSP does not comply with our endeavors to achieve 75 billion US dollar bilateral trade volume

​The official underlined that Turkey continues to favour a fair, sustainable and rule-based global trade system.

(1/5) As before we are in favor of a fair, sustainable and a rule-based global trade system

Pekcan added that she views the elimination of additional levies on Turkish metal exports to the US as a positive step. She also expressed her commitment to set higher targets for bilateral trade.

The White House announced on Thursday that Turkey would be removed from the Generalised System of Preferences effective 17 May.

However, Washington added that the tariffs on Turkey's steel exports would be diminished by 25 per cent.

READ MORE: US' Termination of Turkey's Preferential Trade Agreement Goes Into Effect May 17

The United States and Turkey have experienced tensions in their relations after US President Trump's August decree in which he authorised the doubling of previously imposed import tariffs on Turkish aluminium and steel to 20 per cent and 50 per cent, respectively.

Turkey retaliated by increasing tariffs on 22 types of US goods worth $533 million.

The Generalised System of Preferences (GSP) allows products to enter the US duty-free. Turkey was granted access to the system back in 1975.