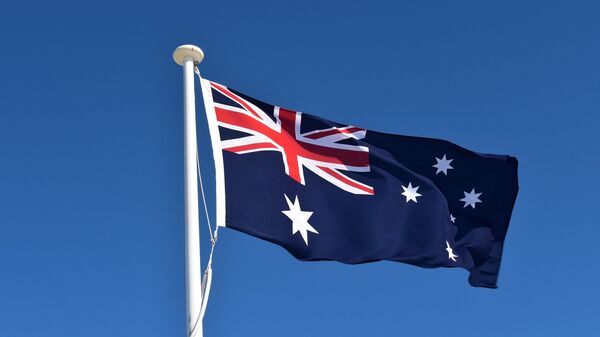 MOSCOW, May 18 (Sputnik) - Australians will go to polls on Saturday to elect the country's next parliament and prime minister.

Australians will pick 150 members of the House of Representatives, the lower house of parliament, and 76 Senate, the upper house, seats. Polling places will open at 8:00 a.m. local time (22:00 GMT) and close at 6:00 p.m., according to the Australian Electoral Commission.

The final May 15 Guardian Essential poll put Labour ahead of the Coalition 51.5 percent to 48.5 percent, which means that Labour was on track to end six years of conservative rule.

The Australian Greens party, headed by Richard Di Natale, is projected to remain the third force in Australian politics.

As many as 76 are needed for an overall majority in the parliament's lower house. However, there is growing talk about the possibility of a hung parliament. If Australia is faced with a hung parliament, major parties will have to negotiate with the crossbenchers to get to 76 and form the government.

Labour Leader Vows to Oust Queen as Australia Votes in General Election
Deputy Labor leader Tanya Plibersek reportedly said the party would be prepared to negotiate with crossbenchers but ruled out a coalition with the Greens.

Morrison, on his part, told ABC that if there was a hung parliament in the House of Representatives, he would not rule out negotiating with independents, but rejected any deal with the Greens.

Climate change is widely believed to be one of the key issues in these elections.

According to a Vote Compass survey of 119,516 respondents, conducted last month for ABC, 29 percent rated environment as the number one concern.

While right-wing and "populist" parties have been gaining ground in elections worldwide from the EU to Brazil, Paul Harrigan, a Senior Lecturer in Marketing and Aman Abid, PhD in social media’s role in politics from the UWA Business School discussed the prospects of right-wing parties in the Australian vote, saying that social media have indeed bolstered such parties.

"Fringe parties in Australia have won the buildup to the elections on social media. Pauline Hanson [leader of One Nation Party] and Fraser Anning [Senator for Queensland] have garnered significantly higher online engagement rates on their social media channels when compared to the major politicians of Australia. Another minor party leader, Jacqui Lambie [leader and founder of Jacqui Lambie Network], is the most followed politician on Facebook who is taking part in today’s election, outdoing the two contenders for Prime Minister, [Leader of the Labor Party] Bill Shorten and Scott Morrison," they opined.

‘This Egg Has United People’: Teen Speaks Up After Egging Australian Senator
However, they believe that success on social media does not guarantee electoral success.

They cited studies that show that reliance on social media analytics and the use of its predictive power can be misleading when it comes to elections.

"At best, the number of online followers on social media has some predictive power in tight political races. Since negative interactions with politicians are also classified as engagement, engagement is not a reliable indicator of success."

Particularly, they cited Fraser Anning’s controversial response to the Christchurch attack in New Zealand, and his consequent egging, which generated significant higher engagement.

"Additionally, Pauline Hanson’s use of controversial and shocking posts breaks through “filter bubbles” and engages greater audiences. This ensures greater permeation of the message on social media, but not electoral success," they concluded.

The views and opinions expressed in this article by Paul Harrigan and Aman Abid are solely those of the speakers and do not necessarily reflect Sputnik's position.