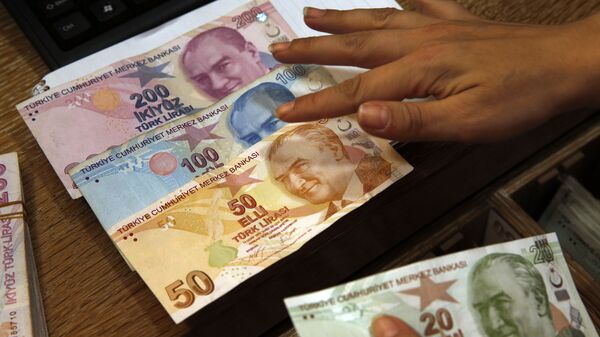 © AP Photo / Lefteris Pitarakis
Subscribe
International
India
Africa
In a Thursday statement, the White House said it had terminated a preferential trade agreement with Turkey, finding the country no longer needed help as a developing country. However, the US did halve tariffs on Turkish steel from 50% to 25%.

Noting that Turkey received the preferential treatment in 1975 under the Generalized System of Preferences (GSP), which allows products to enter the US duty-free, US President Donald Trump said in the proclamation, "I have determined that, based on its level of economic development, it is appropriate to terminate Turkey's designation as a beneficiary developing country effective May 17, 2019."

"Consistent with my determination that it is appropriate to terminate the designation of Turkey as a beneficiary developing country under the GSP, effective May 17, 2019, I have determined to remove it from the list of developing country WTO Members exempt from application of the safeguard measures on CSPV products and large residential washers," the proclamation said.

US Trade Representative Robert Lighthizer noted in March the administration's intention to remove Turkey from the list of nations benefiting from the GSP.

It's a remarkable move, given the recession Turkey has been experiencing officially since March 2019. Moody's Managing Director of Sovereign Risk, Yves Lemay, told Reuters Thursday that if the Turkish government didn't put forward "a credible broad-based plan to address the structural issues, and in the near-term dampen the market volatility pressure on the lira," it would result in a downgrading of the country's sovereign credit rating.