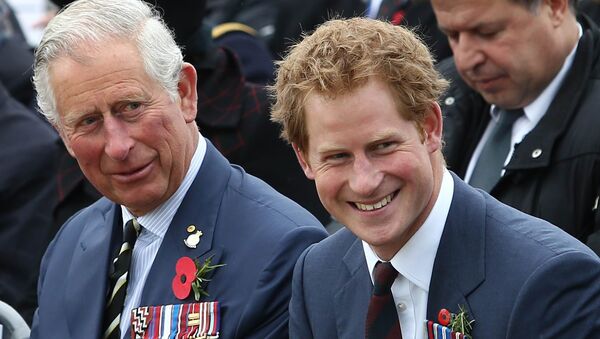 Princess Diana and Prince Charles tied the knot in 1981, but it has become clear over the years that their marriage was far from being a royal fairy tale – and the fact that their union was unhappy was no secret to their two children.

The young Prince Harry was deeply affected by the increasingly unhappy marriage of his parents, Prince Charles and Princess Diana, to the extent that he yelled at his father, “I hate you”, royal biographer Andrew Morton claimed in his 2011 book, “William and Catherine: Their Lives, Their Wedding”.

“[Charles and Diana’s] parental rivalry continued behind the closed doors of Kensington Palace”, he wrote, alleging that at one point, “young Harry launched an attack on his father, ineffectually beating him on the legs with fists”, while shouting, “I hate you, I hate you, you make Mummy cry”.

His elder brother, William, was sensitive as well, but old enough to understand that their parents were not happy together.

“William, sensitive and a little shy, was old enough to absorb the confusing emotional meaning behind the stony silences and harsh words when his parents were together. On at least one occasion he pushed tissues under the door to his mother’s bathroom, where Diana had closeted herself so that the staff – and her children – would not see her crying”, Morton wrote.

The royal biographer, who also wrote a book based on a set of secret interviews with Lady Di, is not the only author to have written about how the couple’s heated exchanges took a toll on their children.

In her 2010 book, “William and Harry”, Katie Nicholl claimed that Prince William had a similar outburst towards his dad, and shouted angrily, “I hate you, Papa. I hate you so much. Why do you make Mummy cry all the time?”

“The princess had become increasingly dependent on her elder son, who she regularly confided in, and it was William who would pass his mother tissues through the bedroom door as she sobbed on the other side”, Nicholl wrote.

The marriage of Prince Charles and Diana, who split in 1992, was haunted with allegations that Charles had been unfaithful to her.

It was only in a 1994 documentary, “In Charles: The Private Man, The Public Role”, that he admitted to cheating on his wife as their marriage had “irretrievably broken down”. The couple divorced in 1996 – a year before Princess Diana was tragically killed in a car accident in Paris.