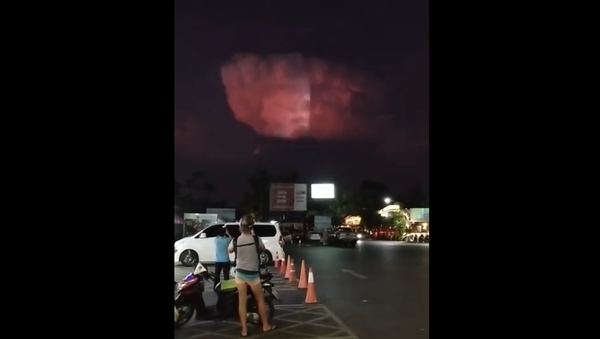 According to the tourist who filmed the strange phenomenon in the Thai city of Phuket, witnesses were awestruck by the enormous cloud in the otherwise clear sky.

The clip, filmed by Darren Blakeley from New Zealand, received over 1.7 million views on social media, with people stunned by the UFO-like object in the sky.

A sole bowl-shaped cloud appeared in a clear sky, emanating strange little flashes of light over and over again. Many users compared it with a scene from the recent Avengers: Endgame movie.