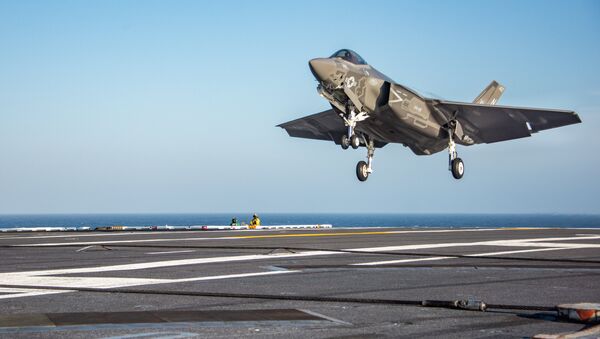 The statement comes after the United States deployed an aircraft carrier strike group and a bomber task force to the Persian Gulf last week, with National Security Adviser John Bolton claiming that any attack on the US or allied interests would be met with "unrelenting force".

Republican Senator from Arkansas Thomas Cotton said Wednesday that the US can win a war against Iran with "two strikes". When answering the question about a possible conflict, the lawmaker didn't hesitate to answer in the affirmative.

"Two strikes, the first strike and the last strike", Cotton claimed. "Well, if Iran struck out militarily against the United States or against our allies in the region then I would certainly expect a devastating response".

The senator stressed, however, that he wasn't advocating military action against the Islamic Republic, but was simply explaining what Washington would do if the conflict escalates.

US Fundamentally Does Not Seek War With Iran - Pompeo
Relations between the two countries have been in a downward spiral. The US recently sent an aircraft carrier strike group close to Iran's borders, and reports suggest that the Pentagon planned to send up to 120,000 troops to the region to restrain Tehran.

The Islamic Republic, in the meantime, has suspended some of its obligations under the 2015 nuclear deal, announcing the move precisely a year after Washington's decision to withdraw from the agreement and re-introduce unilateral sanctions against Iran.