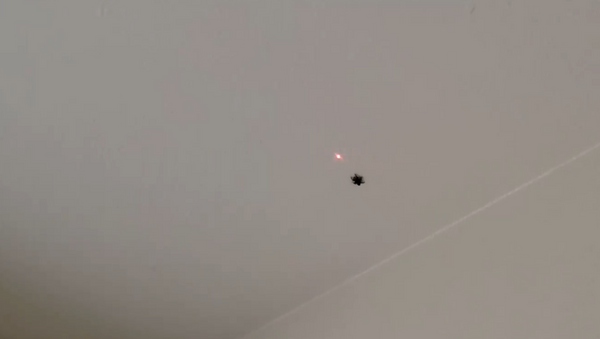 While using a laser pointer to play with cat this past Saturday, Facebook user Jolene Hanson says she eventually discovered her pet spider wanted to get in on the fun as well — especially when the laser was out of the feline's reach.

Though many found Hanson's post to be hilarious, others, such as Hanson's sister-in-law Amanda, found the sight horrifying.

"Oh HELL no!! That thing would die! I would go through every shoe in my closet, the kids closets, and the neighbors house. It would die!"