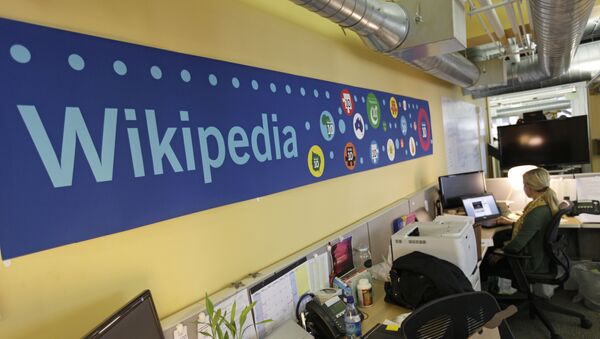 Certain websites and the Chinese language edition of the internet’s free encyclopedia have not been accessible in China for several years already. Since April, users have reportedly had difficulties viewing other language versions of the community-edited site as well.

Online encyclopedia Wikipedia across different language URLs has not been accessible in China since late April, a report by internet censorship researchers from the project Open Observatory of Network Interference suggests. According to them, although these domains were previously accessible, the data collected from 25 April 2019 onwards point to “the same DNS anomalies” for them.

The BBC cites Wikimedia saying it had received "no notice" about the difficulties.

"In late April, the Wikimedia Foundation determined that Wikipedia was no longer accessible in China. After closely analysing our internal traffic reports, we can confirm that Wikipedia is currently blocked across all language versions”, its statement, cited by several reports, reads.

Users have not been able to view the Chinese version of the website since 2015 along with pages on Dalai Lama and the Tiananmen events, sensitive for the Asian powerhouse. Apart from Wikipedia, sites like Facebook, Twitter, Instagram are also not accessible in China.

According to the website CNET, China has not commented on the issue. The community-edited online encyclopedia faced temporary blocks in other countries earlier, namely in Turkey in 2017 and Venezuela this year, BBC reports.