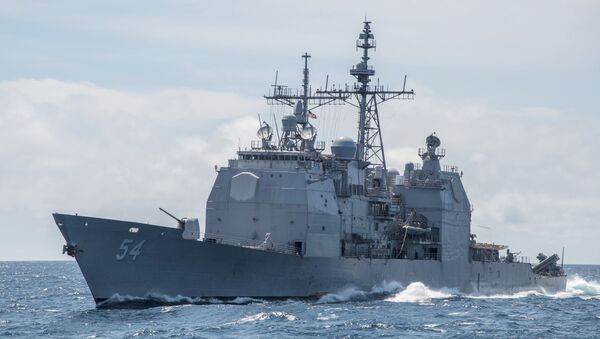 © AP Photo / MC2 Marcus Stanley
Subscribe
International
India
Africa
A top US naval adviser said Wednesday the US Navy hasn’t stepped up its “freedom of navigation operations” (FONOPs) in the South China Sea and that the service’s activities there “get more attention” than they deserve.