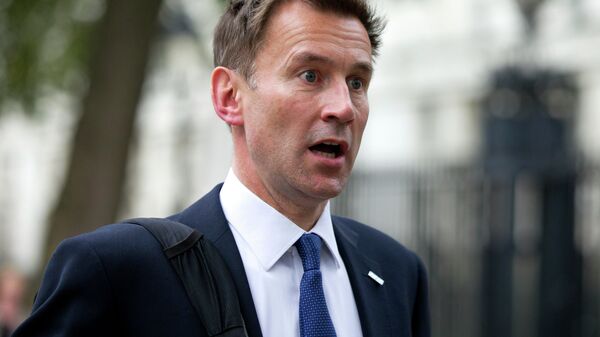 The UK should be prepared to “decisively” increase the proportion of the GDP it spends on defence once Brexit is delivered, Foreign Secretary Jeremy Hunt said during the annual Mansion House address on Monday.

Hunt seemingly echoed US President Donald Trump’s remarks highlighting the need of fair burden-sharing among NATO member-states, as well as his claims that allies are taking advantage of the US.

“It is simply not sustainable to expect one NATO ally to spend nearly 4 percent of its GDP on defence while the others spend between 1 and 2 percent. For these and other reasons I believe it is time for the next strategic defence and security review to ask whether, over the coming decade, we should decisively increase the proportion of GDP we devote to defence”, Hunt said.

While praising the US as “our great ally”, the foreign minister said that boosting military contributions to NATO would demonstrate Britain’s commitment to defending its values as “we face a more aggressive Russia and a more assertive China”.

“The outcome of such investment should demonstrate beyond doubt that when we say Britain stands for the defence of democratic values, when we promise never to leave our great ally, the United States, to perform this task alone, then we are as good as our word and in doing so we encourage other democracies who share our values to follow suit”, he said.
Hunt did not specify a new target for the defence budget, which currently sits at slightly over two percent of national income.

Trump has on a multitude of occasions blasted NATO allies for failing to comply with their obligations to boost defence spending and stressed that only five of the 29 member-states were spending two percent of their  GDP to defence, which was “insufficient to close gaps in modernising, readiness and the size of forces”.

World
Washington Dissatisfied With Europe-Wide Defence Policy - Reports
On the side-lines of a NATO summit in Brussels last July, the allies agreed to start spending two percent of their GDP by 2024, with POTUS adding that he was convinced that they would increase defence expenditures in line with their commitments. His suggestion to raise the military spending commitment up to four percent of GDP has, however, failed to find support.

Hunt’s remarks come amid the UK’s tense relations with Russia over the poisoning of former GRU operative Sergei Skripal and his daughter Yulia in the British city of Salisbury last March. UK officials claimed that the two had been exposed to the Novichok nerve agent, and immediately accused Moscow of having orchestrated the attack – an allegation which Moscow has flatly denied.

The UK is also currently dealing with the scandal around a leak of confidential discussions about the role of Chinese telecom giant Huawei, which has recently faced allegations from the US that it’s been spying on behalf of China’s government and stealing commercial information, in Britain’s future 5G network.

A few weeks ago, Defence Secretary Gavin Williamson was fired after UK Prime Minister Theresa May announced that she had obtained compelling evidence that he was behind the leak. The Chinese company has strongly denied the accusations of espionage.