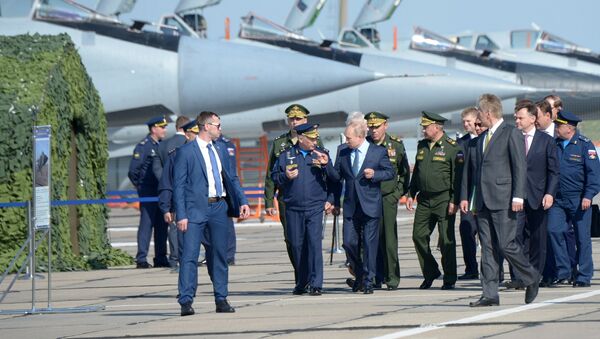 The exhibition at the Chkalov Centre in the town of Akhtubinsk also featured a Su-57 fifth-generation stealthy multirole jet, a new MiG-35 fighter and an array of advanced drone prototypes.

Putin was showed around by senior Defence Ministry officials who spoke to the president about the technical details of the various air defence weaponry on display.

The Russia's President Vladimir Putin arrived in the Russian town of Akhtubinsk earlier in the day for an inspection of new weapons systems and aircraft as part of a series of defence meetings in May.