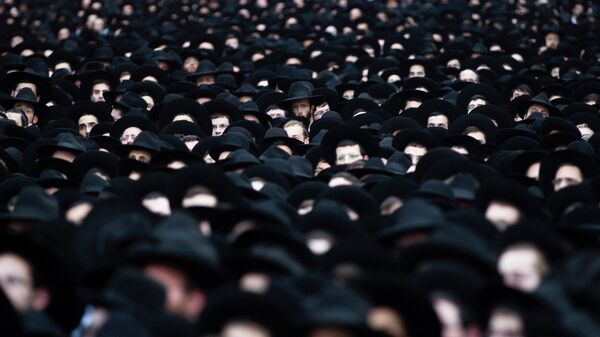 © REUTERS / Ronen Zvulun
Subscribe
International
India
Africa
A group of organisations in Tennessee, including the Anti-Defamation League Southeast Region and Jewish Federation, are urging state authorities to censure a judge for his Facebook posts.

Judge Jim Lammey from Shelby County Criminal Court has landed in hot water after sharing a link to an article that referred to Muslims as “foreign mud” and said that Jews should “get the f*ck over the Holocaust” on 5 April, the Commercial Appeal reported.

The 61-year-old judge, who has now switched his Facebook profile from public to private, is also said to have posted other anti-immigration articles, memes, and conspiracy theories.

Despite the content on his social media, Lammey insisted in an interview with the Commercial Appeal that his posts would not diminish his ability to judge impartially.

“I don’t see where sharing articles about (Islamic law) or third time deported people coming in and committing crimes would prejudice my ability to be fair and impartial in any case. I certainly don’t agree with that, being a Holocaust denier. My best friend – who’s deceased now – was Jewish and I wouldn’t do that”, he said.

His Facebook posts have, however, sparked outrage from a coalition of organisations, including the American Muslim Advisory Council and the Jewish Federation, which have called on Tennessee authorities to publicly reprimand Lammey.

Representatives of the coalition are reportedly planning to present a letter to the Shelby County Commission’s Enforcement, Corrections, and Courts Committee:

“Judge Lammey’s April 5 post was only one example of his habit of sharing articles, conspiracy theories, and ‘jokes’ online that carry a dark message of hatred. The content he spreads often targets Muslim and Latin American immigrants, which is troubling because of Judge Lammey’s elected position overseeing criminal trials as a representative of the State of Tennessee…. We respectfully call on the Administrative Office of the Courts and the Board of Judicial Conduct to publicly censure Judge Lammey and to explore bringing the anti-bias and Holocaust educations resources of our respective organisations to the judges, clerks, and staff of our state judicial system”.

In the meantime, the Memphis Interfaith Coalition for Action and Hope (MICAH) demanded the “swift resignation” or “removal” of Lammey “for the sake of the people’s faith in an unbiased, unbigoted, and uncompromised system of justice”.

The news has set off a major firestorm on social media, with many saying that Lammey should be disbarred rather than censured:

Censure him? He should be kicked off the bench.

He needs to be removed from the bench and disbarred.

Censure? He should be removed and disbarred.