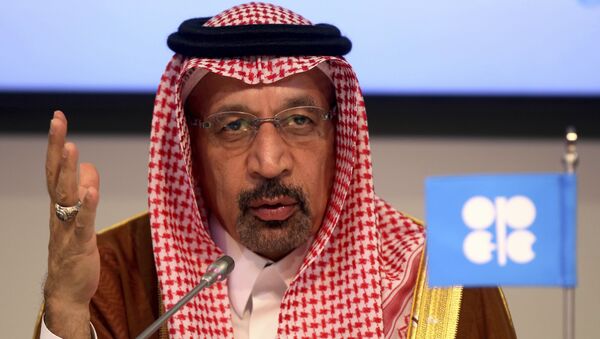 The Saudi energy minister has reportedly said that two country's vessels were targeted in a "sabotage attack" on Sunday morning near UAE, noting that no casualties or leaks occurred, according to Reuters citing Saudi state TV.

Saudi Minister of Energy, Industry and Mineral Resources Khalid A. Al-Falih condemned the attack against the two Saudi vessels.

One of the targeted vessels was en route to being loaded with Saudi crude from Ras Tanura port to be delivered to Aramco customers in the US before the attack, Reuters reported.

The attack has reportedly caused significant damage to the structure of the two Saudi vessels.

"Fortunately, the attack didn't lead to any casualties or oil spill; however, it caused significant damage to the structures of the two vessels," said Falih as cited by Reuters.

The energy minister emphasized that the international community had a joint responsibility to protect the safety of maritime navigation and the security of oil.

On early Monday the US issued a new warning to sailors over alleged "acts of sabotage" targeting ships off the coast of the United Arab Emirates amid heightened regional tensions between America and Iran, Reuters reported.

Following the Sunday's incident with the four UAE's vessels, which the latter described as "acts of sabotage", the Cooperation Council for the Arab States of the Gulf (GCC) condemned the "sabotage operations" of commercial vessels near UAE territorial waters.

"It is a dangerous development and escalation that reflects the evil intentions of those who planned and carried out these operations that endanger the safety of maritime navigation in the region and threaten the lives of the ships' civilian crews," the statement says.

On Sunday the Lebanon-based al-Mayadeen broadcaster said, citing local media, that several large explosions had occurred in the port of Fujairah.

The government of Fujairah denied on Sunday media reports of several large explosions taking place at the emirate's port, insisting that the port was functioning as usual.

The foreign ministry of the United Arab Emirates, in its turn, said that four merchant vessels had been targeted in "acts of sabotage" in Gulf waters off its coast, refuting previous reports.