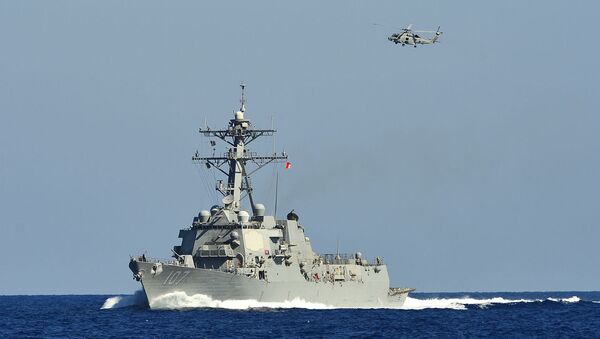 A group of NATO warships entered the Baltic Sea in April, approaching Russia’s borders multiple times. In particular, the USS Gravely was previously spotted about 50-60 kilometres from a Russian naval base in Baltiysk.

Standing NATO Maritime Group One (SNMG1) flagship the USS Gravely has begun patrolling the Gulf of Finland, according to the Automatic Identification System (AIS) tracking. The American destroyer, which is equipped with Tomahawk missiles, will sail past Russia's borders during its mission.

Other NATO vessels, including the British HMS Westminster and Polish ORP General Kazimierz Pulaski from the SNMG1, are expected to join Gravely later this week.

Moscow has repeatedly voiced concern over the expansion of NATO's forward presence along Russia's borders with the Baltic countries, Poland, and Romania, pointing to the risks of accidental escalation and warning that it would monitor the alliance's military operations in the region.