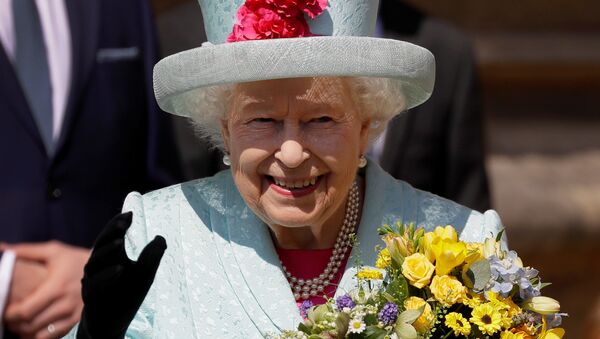 Ethiopian Prince Alemayehu was brought to England as a small boy after his father, Emperor Tewodros II, committed suicide as British forces stormed his palace in northern Ethiopia in 1868.

Queen Elizabeth II has sparked a diplomatic row by refusing to repatriate the remains of a “stolen” Ethiopian prince who was buried in catacombs next to St. George’s Chapel at Windsor Castle, according to the Daily Mail.

The Ethiopian government has been demanding the return of his remains for 12 years now, and growing increasingly frustrated at Buckingham Palace’s dismissal of its request.

Fesseha Shawel Gebre, Ethiopia’s ambassador to London, made an emotional appeal to the Queen to reflect on how she would feel if a deceased relative of hers was buried on foreign soil, reported Daily Mail.

“Would she happily lie in bed every day, go to sleep, having one of her Royal Family members buried somewhere, taken as prisoner of war?” he asked. “I think she wouldn’t.”

140 years after his death, the story of Alemayehu remains hugely important for Ethiopia.

Try And Crack It: Queen Elizabeth II and GCHQ Unveil Plaque With Secret Message
In 1868, a British military incursion in Ethiopia was undertaken to rescue several dozen European prisoners seized by Emperor Tewodros II. After his army was destroyed and his fortress captured, the Emperor chose to shoot himself rather than surrender.

His orphaned son Alemayehu was placed on board the ship Ferozes and taken to England.

He subsequently became a ward of Queen Victoria, who was said to have adored him. READ MORE: Unfortunately, he didn't live very long; he died at age 18, some believe of tuberculosis, and was buried at Windsor Castle.

Prince Alemayehu was the son and heir of King Tewodros from Ethiopia. He was taken as a prisoner of war by the British in 1868 after his father’s heroic death. He died of illness+depression years later & was buried at St George's Chapel, Windsor Castle #History #Ethiopia #Africa pic.twitter.com/hdZFFEQpxG

In 2007, the then Ethiopian president Girma Wolde-Giorgis sent Queen Elizabeth a formal request for the return of the prince’s remains.
Since then, every request to Buckingham Palace has been met with refusal.

“Had he not been taken, had he not lost his father, he would have been the next king of Ethiopia,” Ethiopia’s ambassador to London was quoted as saying.

According to the embassy, a letter from the Queen’s private secretary conveyed her Royal Majesty’s sympathy, yet stated concerns about disturbing the remains of others buried alongside him.

It is understood that more than 40 bodies were buried in the catacombs between 1845 and 1887.

The Daily Mail cites Palace sources as claiming it would be impossible to identify and exhume the body without disturbing the “sacred space”.

Mr. Fesseha said: “I don’t think they have forgotten where they put it. There is a record.”

“We are extremely friendly governments, so what is the reason to keep Prince Alemayehu’s body in the UK?”

The Ethiopian government has declared that it will consistently repeat its demand every time their ministers meet with British counterparts.