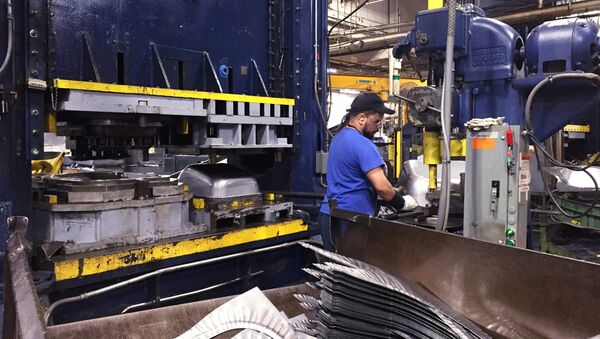 "Such an easy way to avoid Tariffs? Make or produce your goods and products in the good old USA. It’s very simple!" the president tweeted.

Such an easy way to avoid Tariffs? Make or produce your goods and products in the good old USA. It’s very simple!

US-China Trade Talks End as Trump Boasts That Tariffs are Better Than Deal
​On Friday, Trump increased the level of tariffs from 10 percent to 25 percent on about $200 billion worth of Chinese imports. He also ordered tariffs to be raised on all remaining US imports from China, which are valued at around $300 billion.

Earlier this week, Trump stated that the possibility of removing the sanctions depended on the outcome of future negotiations between Washington and Beijing. He added that the latest tariffs, which went into effect on Friday, would produce "massive payments" that would go directly to the US Treasury Department.

The trade dispute between the United States and China, the world’s two biggest economies, has been escalating for over a year now. Both nations repeatedly slapped billions of dollars’ worth of retaliatory tariffs on one another as rivalry between them soared.