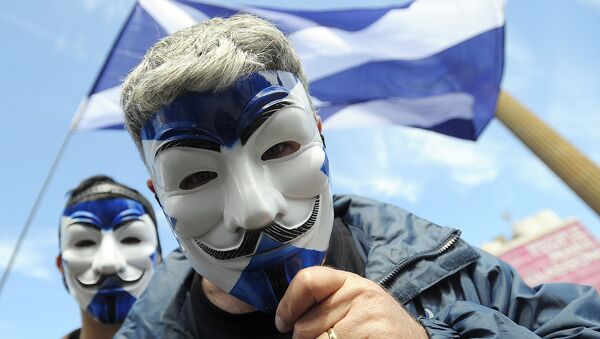 The first minister delivered her pro-independence message following an electoral poll showing Labour and the Conservatives to have both lost ground while Brexiteers gained power as Brits grow wary of the UK government potentially "betraying" Brexit.

As the United Kingdom continues to look for a solution to end the Brexit deadlock, First Minister of Scotland Nicola Sturgeon has reiterated her commitment to facilitating a new Scottish independence referendum.

The minister tweeted her message in response to the results of a recent electoral poll which shows both Labour and the Conservatives to have lost support as the Liberal Democrats and Brexiteers have gained ground.

I helped man @thesnp stall in Kinross today & going by the mood of the people #ItsTime..just call it please Nicola..strike whilst iron hot 😃

​Some even inquired, seemingly jokingly, if they would be allowed to move to Scotland from England if the former achieves independence while the latter parts ways with the EU.

Can I move to Scotland? please don’t leave me in England

Any room for some disillusioned English Remainers??

​Last month, Sturgeon vowed to launch a new campaign for Scottish independence in two years, stating that it would be a "route to avoiding the worst of the damage Brexit will do".

UK Prime Minister Theresa May stated she would not agree to another Scottish referendum, but Ms Sturgeon challenged May's position, stating that it would "prove to be unsustainable". The Scottish first minister also said that Edinburgh should act quickly so that it does not "squander valuable time now in a stand-off with a UK government that may soon be out of office".