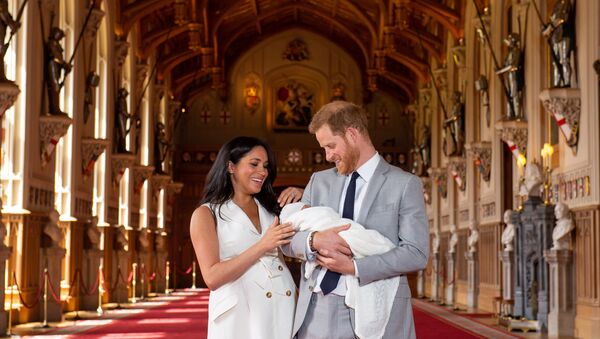 The BBC fired broadcaster Danny Baker on Thursday after he tweeted an image of a chimpanzee wearing clothes captioned "Royal Baby leaves hospital".

Danny Baker, the sacked BBC Radio 5 presenter, is being investigated by Met Police after posting a monkey tweet slammed as 'racist' about the royal baby two days before.

Scotland Yard confirmed they had received an allegation in relation to the now-deleted tweet, which was posted on May 8.

“An allegation has been received by the Metropolitan Police Service on Thursday May 9 in relation to a tweet published on May 8.”

“As is routine, the allegation will be reviewed and assessed by specialist officers,” the Met said.

The former radio host has denied accusations of racism, telling MailOnline he did not know it was the Duchess of Sussex who had given birth.

I want to give Danny Baker the benefit of the doubt,but I’m really struggling to find any reasonable explanation for this tweet, now wisely deleted. pic.twitter.com/EtL1JUIu96

“I didn't know which of our royal princesses had given birth. Otherwise you'd got to be thinking I'd been secretly waiting to make this grotesque joke,” he said.

“I've been doing a thing on the radio for years of famous people dressed as monkeys with fairground music.”

“My go-to photo when any posh people have a baby is this absurd chimpanzee in a top hat leaving the hospital.”

'Truly Brave': UK Royal Baby's Name Announced, and It's Quite a Mouthful
However, when baby Archie's birth was announced, the former radio host retweeted an article pondering potential names for the royal infant. Along with the retweeted story, he wrote: 'Homer Wallis Simpson'.

On Thursday, Danny Baker was sacked by the BBC for tweeting a photo of a couple with a monkey, tagged 'Royal baby leaves hospital'.

"This was a serious error of judgement and goes against the values we as a station aim to embody. Danny's a brilliant broadcaster but will no longer be presenting a weekly show with us," a BBC spokesperson said, commenting on the incident.

The picture sparked outrage online, setting Twitter ablaze. Many were quick to brand it racist because of Meghan's partly African heritage.

The former radio presenter deleted the post, and termed it a "stupid unthinking gag."

It is the third time Baker has been sacked by the BBC, after he was dismissed by Five Live in 1997 in a row over a referee and in in 2012, when his BBC London show was axed.

Danny has since returned to Twitter to share an apology with his followers, writing: "Following one of the worst days of my life I just want to formally apologise for the outrage I caused and explain how I got myself into this mess."

“I chose the wrong photo to illustrate a joke. Disastrously so.”