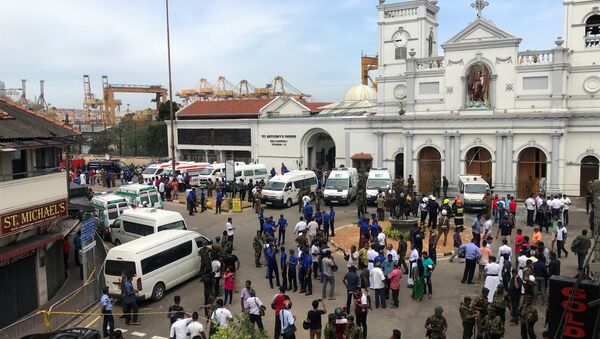 © REUTERS / Dinuka Liyanawatte
Subscribe
International
India
Africa
The Sri Lankan Army chief has said there was an international link to the Easter Sunday bombings, adding that the country’s security services have dismantled most of the terror network responsible for the attacks.

Asia
Sri Lankan President Says Country Already Safe for Visitors After Easter Blasts
He added that investigators have established that the attackers had links to Daesh*, but added that the authorities are still trying to establish how deep these ties were.