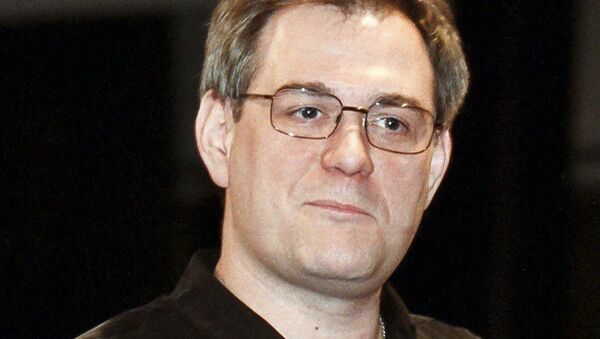 Dorenko, 59, died on Thursday in Moscow from aortic rupture while riding a motorcycle. The journalist will be buried at the Troyekurovskoye Cemetery.

"The president has long been acquainted with Dorenko, always appreciated his contribution to the development of domestic journalism and his principled position," Peskov said.

Putin Sends Condolences to Indian President After Deadly Kashmir Blast
Dorenko was the editor-in-chief of the Govorit Moskva (Moscow Speaking) broadcaster. He was most famous for his stint at the ORT broadcaster, where he was the anchor of the Vremya evening news show in 1996-1999 and then the host of his own news show in 1999-2000.

Alexei Venediktov, the editor-in-chief of the Ekho Moskvy broadcaster, recalled late on Thursday that Dorenko's shows had played a crucial role in the first election of Vladimir Putin. Dorenko has fallen from grace after criticizing Putin over Kursk submarine disaster in August 2000, but then reestablished himself as one of the best radio hosts, Venediktov recalled.