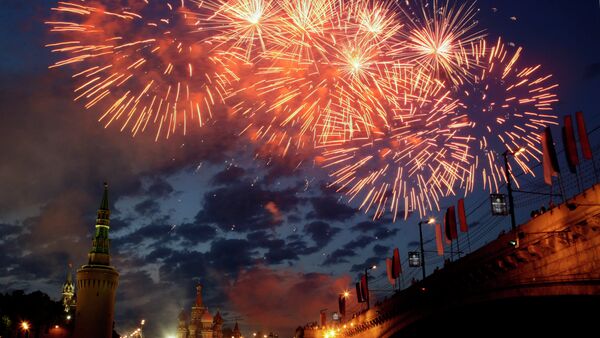 Earlier on Thursday, a military parade took place in Moscow's Red Square during which sophisticated Russian military hardware, including tanks and missile systems, was displayed.

Splendid fireworks have been launched on 9 May to commemorate the 74th anniversary of the Soviet victory over Nazi Germany in the 1941-1945 Great Patriotic War.

The Great Patriotic War, which constituted part of the Second World War of 1939-1945, began at dawn on 22 June 1941, when Nazi Germany attacked the USSR, violating the Soviet-German non-aggression treaty of 1939.