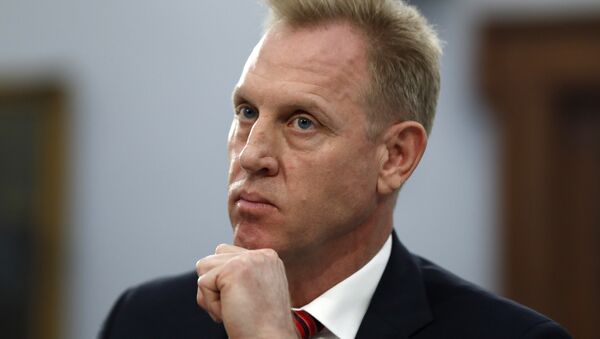 "Based upon his outstanding service to the Country and his demonstrated ability to lead, President Trump intends to nominate Patrick M. Shanahan to be the Secretary of Defense," Sanders said in a separate statement.

READ MORE: Deployment of US Carrier to Mideast a Response to 'Iranian Threat' — Shanahan

Shanahan has been Acting Defence Secretary since Mattis quit in December over Trump's announcement that he was withdrawing all 2,000 US troops from Syria, Bloomberg report says.

Following the announcement Shanahan reacted by saying that he was honoured by Trump's intention and aims to follow through with the existing US national defence strategy.

It was Patrick Shanahan, who approved the deployment of the USS Abraham Lincoln and a bomber task force comprising of B-52H nuclear-capable bombers to the Middle East, where the US Central Command (CENTCOM) is operating.

The move was done under the pretext of what Shanahan has called "indications of a credible threat by Iranian regime forces."

Earlier the Acting Defence Secretary advocated for the creation of the Space Force, calling the proposal "threat-driven" while saying that threats are "increasing and the importance of and opportunities in space are growing."