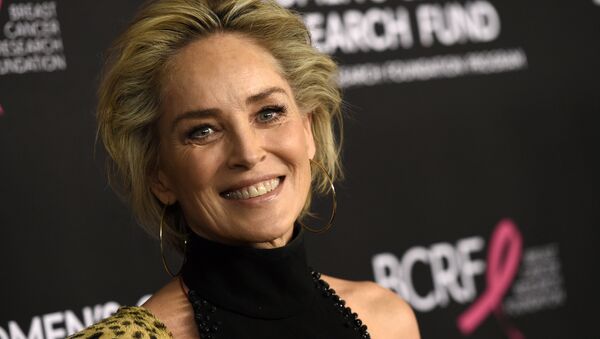 © AP Photo / Invision / Chris Pizzello
Subscribe
In case you wondered whether Sharon Stone has 'still got it' in her sixties, she says "definitely yes" in a new daring photoshoot.

Sharon Stone gave an eyeful to her fans as she posed for May's edition of Vogue Portugal, where she was photographed bare-breasted lying in water and sitting on a couch. 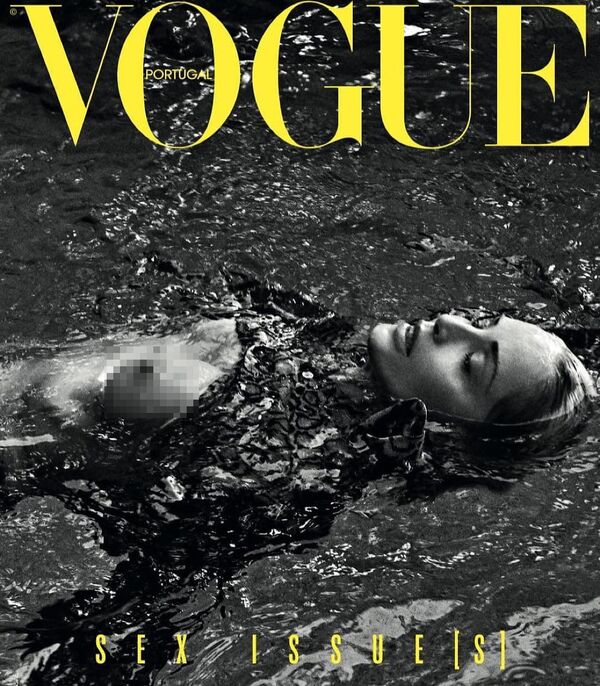 She was also pictured sitting with her legs wide apart — a veiled reference to the famous leg-crossing Basic Instinct scene. This time, she seems to have learned from her mistakes and worn a leotard so as not to flash what she's not supposed to.

"Only wine ages this good!" exclaimed another.

Australian Blogger SHAMED Over Turning up 'Half-Naked' at Restaurant

Although Sharon Stone has starred in a variety of critically-acclaimed films, such as Total Recall and Casino, the peak of her three-decade career was arguably the 1992 movie Basic Instinct.

The provocative leg-crossing scene played by Stone was dubbed "the most-paused" moment in films and went on to become one of the most famous moments in movie history.

Although the actress claimed she had been misled by the director, Paul Verhoeven, into filming the interrogation scene, he insisted that she was aware of his intentions and that her leg uncrossing was filmed in the presence of only a few crew members.