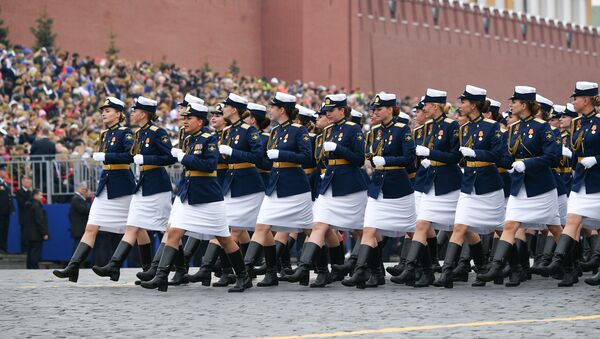 This year marks the 74th anniversary of the Soviet Union's victory in the Great Patriotic War of 1941-1945. Earlier this day, a traditional military parade took place on Red Square to commemorate the anniversary.

This year's Victory Day Parade in Moscow has been marked by the very first march of women serving with the Russian Aerospace Defence Forces Military Academy. The servicewomen paraded on Red Square in uniform, holding a flag.

The parade showcased more than 13,000 military personnel, 132 pieces of military equipment and 74 aircraft of all types and branches of the Russian armed forces, as well as the parade units of other uniformed services.