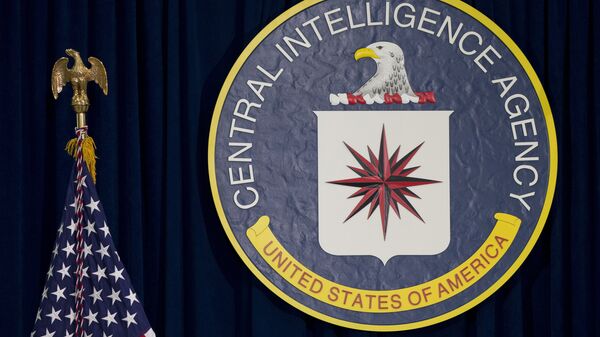 © AP Photo / Carolyn Kaster
Subscribe
International
India
Africa
The meeting was held prior to the announcement of the deployment of the USS Abraham Lincoln and a bomber task force of B-52H nuclear-capable bombers to the Middle East, where the US Central Command (CENTCOM) is operating, amid rising tensions between Iran and the US.

A meeting between US National Security Adviser John Bolton and a number of intelligence and military officials was reportedly held on 29 April at CIA headquarters. The meeting was described as "rare" and "unusual", as national security meetings are usually held in the White House Situation Room, and senior White House officials and Cabinet members don't typically attend meetings at the CIA, The Hill reports.

The initiator of the meeting was Bolton, who gathered top US officials, including CIA Director Gina Haspel, Acting Defense Secretary Patrick Shanahan, Chairman of the Joint Chiefs of Staff Gen. Joe Dunford, Secretary of State Mike Pompeo and Director of National Intelligence Dan Coats, for a discussion on Iran, The Hill reports.

While the exact topic of the discussion was not specified, it was purportedly not devoted to information that led to the decision to deploy additional forces to the CENTCOM area of responsibility, namely the carrier strike group and the bomber task force.

This meeting was apparently not the first of its kind, according to an NBC News report, which cited former CIA operations officers and military officials: "such meetings have been held at CIA headquarters to brief top officials on highly sensitive covert actions, either the results of existing operations or options for new ones."

Iran Dubs Announcement of US Naval Deployment ‘Gauche' Psy-War Attempt - Report
Elaborating on the issues, NBC News reported that the US has a very specific intelligence gathering capability on Iran that can only be reviewed at CIA headquarters.

There could be another reason for such a meeting — a disagreement about what intelligence shows about a particular subject — John McLaughlin, former acting CIA director, said, according to NBC.

The meeting took place amid rising tensions between the US and Iran and prior to the deployment of the USS Abraham Lincoln and the bomber task force to the Middle East. Bolton announced that move Sunday, and it was then confirmed by Shanahan, who claimed that the decision was made "in response to indications of a credible threat by Iranian regime forces."

World
Iran: US Sanctions on Iranian Metals 'Against International Norms'
Tehran, reacting to the move, dubbed the deployment an act of "psychological warfare."

Washington is currently waging a pressure campaign against Iran, the recent developments of which include designating Iran's Islamic Revolutionary Guard Corps (IRGC) as a foreign terrorist organization and a toughening of sanctions against Iranian iron, steel, aluminium and copper.