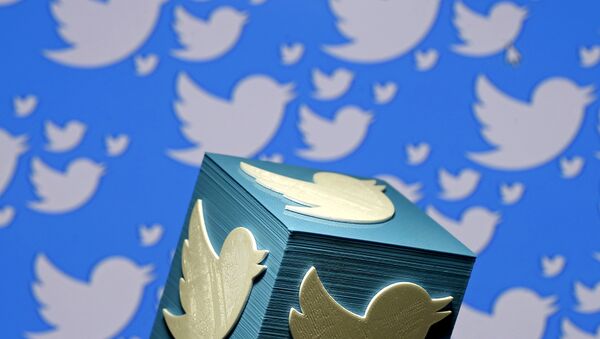 Twitter’s new transparency report for the second half of 2018 said the social media giant suspended over 160,000 accounts for promoting terrorism during that period - a 19% drop from suspensions in the first half of the year.

From July to December 2018, Twitter suspended 166,513 accounts for violating the company's zero tolerance policy regarding the promotion of terrorism on its platform, according to a Thursday transparency report by the company. That was 19% less than the January-to-June period, during which it suspended 205,156 accounts for the offense.

"Of those suspensions, 91% consisted of accounts flagged by internal, purpose-built technological tools," the company wrote, noting that "In the majority of cases, we take action at the account setup stage — before the account even Tweets."

The company noted that year-on-year, they have observed a steady decrease in use of Twitter by terrorist organizations due to the company's detection and removal practices.

Twitter also said it suspended a whopping 458,989 accounts for "violations related to child sexual exploitation," noting that 96% were discovered by a "combination of technology solutions, including PhotoDNA and internal proprietary tools." This was down 6% from the previous report.

While the report notes that despite a 6% decline in legal requests for account information from the United States, that country still dominates requests worldwide, accounting for 30% of requests for information about Twitter accounts from both governmental and non-governmental sources. The company's interactive map shows the breakdown by US state.

These requests can be issued by law enforcement and include emergency situations, where there is "an imminent threat involving danger of death or serious physical injury to a person," but also include legal requests to preserve information, pending a valid legal process to obtain that information. They can also pertain to civil actions as well as requests made by criminal defendants," the report notes.

Twitter said it furnished user account information for just over half of the 6,904 requests for information on 11,112 accounts.

Worldwide, however, Twitter "received broadly the same number of information requests" as during the first half of the year, but for 34% fewer accounts.

Twitter reported that 74% of legal requests to remove content came from two countries: Russia and Turkey, with the company receiving 84% more such requests in 2018 than in 2017.

The company also said it received permission to disclose that it had received two National Security Letters — subpoenas issued by the FBI with no judicial oversight that are typically accompanied by gag orders, TechCrunch noted. However, Twitter did not publish the letters themselves, as it has in the past.

Last month, a legislative proposal in the UK saw parliamentarians debating whether or not to fine the heads of social media companies for "harmful content" that appears on their sites. The proposal followed a revelation that Facebook had been used to facilitate the auctioning off of slaves in Nigeria, Sputnik noted.

In March, Twitter and Facebook came under major criticism after both sites struggled to control the sharing of a video recording of the mosque massacre in Christchurch, New Zealand, by a white supremacist shooter who livestreamed the crime.