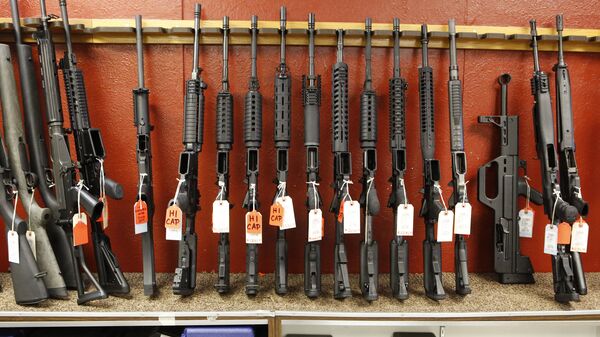 According to AP, the measure expands an existing school "guardian" program and allows any teacher to volunteer to carry a weapon if their local school district approves.

However, Volunteers must undergo police-style training and a psychiatric evaluation, according to AP. Under current legislation, only teachers who also have another role such as sports coach are eligible to carry weapons on campus.

US Jury Finds Ex-Police Officer Guilty in Fatal Shooting of Unarmed Woman
On 14 February 2018, a gunman killed 17 students and staff at Marjory Stoneman Douglas High School in Parkland, Florida, one of the worst in a spate of school shootings in the United States.

The Trump administration has recommended that schools across the United States decide for themselves whether it would be a good idea to give teachers guns to prevent shootings, the Federal Commission on School Safety said in its report in December. The report also recommended that state and local districts take a look at hardening school infrastructure, and review the vulnerabilities and threats of specific schools, tailoring a separate approach for each facility.