US School District to Single Out Students With Lunch Debts, Deny Them Hot Meals 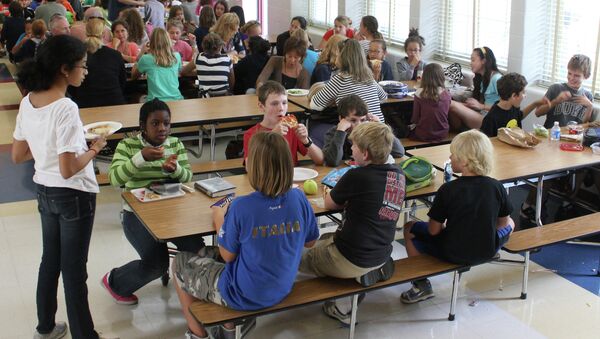 On May 5, Gels Kitchen restaurant owner Angelica Penta, whose son goes to a school in the district, shared a screenshot on Facebook of an email from Warwick Public Schools stating that effective May 13, children who have outstanding lunch debts will be provided a "sun[flower seed] butter and jelly sandwich until the balance owed is paid in full or a payment plan is set up." Students with no debt, however, will be served hot lunches.

"This policy actually comes out of a serious debt that we're incurring by people who are not paying for their lunches, and it's getting worse," Warwick School Committee Chair Karen Bachus told the Providence Journal Monday, noting that the district is owed $40,000 in unpaid lunches for this budget year, which ends June 30.

However, the policy has drawn widespread condemnation from parents, with critics saying it will penalize children for their parents' financial situations. In addition, the policy is likely to invoke feelings of shame in students denied hot lunches. Many lower-income students who rely on school lunches as a major meal will also be denied more nutritious food.

"I just don't think it's fair to hold the kids responsible," Heather Vale, who has two children enrolled in a middle school in the district, recently told WLNE. "I think it's embarrassing to the kids, because now everyone's going to know why these children are receiving the lunch that they are."

Despite the fact that school officials have cited costs as justification for the policy, they turned down a $4,000 donation from Penta to pay off some of the outstanding lunch debts.

"The check we gave them [Warwick Public Schools] was for $4,000," Penta wrote in her Facebook post Sunday.

"I have met with Warwick twice and the second time I left in tears after they refused to take a $4,000 check. I get where they are coming from," she added, but said she came up with "several different ideas and they were all shut down."

In her Facebook post, Penta also encouraged parents to reach out to her directly if they want assistance in paying lunch debts.

"If you need help reach out to me," Penta wrote on Sunday. "There is no need for any child to be denied a hot lunch. We never know a child's or their family's situation, everyone struggles at some point."

According to the district, Penta's donation was turned down because it would have required school officials to pick and choose which students had their debts reduced.

"Each time these offers were made, Warwick Public Schools stated that the school department was not in the position to single out or identify specific students that should be selected for a reduction in their lunch debt while excluding others," the school said in a statement to NBC.

A GoFundMe page has also been set up by Cait Clement to help pay the lunch debts, titled "Warwick Public School Lunch Balances." So far, the trending campaign has raised $13,711 of its $77,000 goal.

Warwick Public Schools did not immediately respond to Sputnik's request for comment.