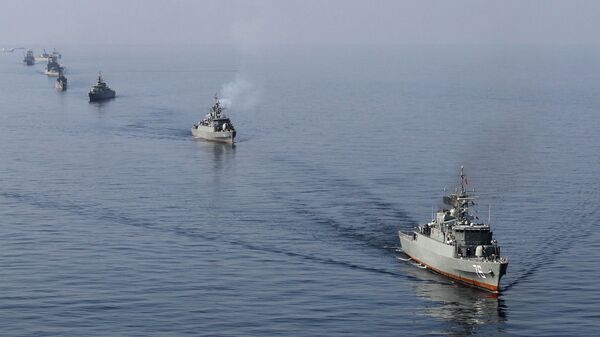 US National Security Adviser John Bolton said on Sunday that the United States was deploying the USS Abraham Lincoln Carrier Strike Group and a bomber task force near Iran to an area controlled by the US Central Command (CENTCOM) as "a clear and unmistakable message to the Iranian regime that any attack on United States interests or on those of our allies will be met with unrelenting force". This move came as a response to Tehran's alleged plans to carry out attacks on US forces and allies in the Middle East.

READ MORE: Iran to Announce 'Diminishing Commitments' to Nuke Deal Amid Tensions With US

It is not clear if Iran is going to launch the ballistic missiles from boats or it is going to take the missiles to land and carry out launches from there, CNN specified late on Tuesday.

The sources told CNN that the Pentagon was mulling the possibility to send additional weapons to the Persian Gulf, including anti-missile defence systems, such as the Patriot.

World
US Pledges to Use Strait of Hormuz Amid Iran’s Threat to Close it - State Dept.
The Pentagon believes that Iran may endanger the United States and its allies in Saudi Arabia, Bahrain and Qatar, the sources added.

Washington's actions came amid growing tensions between the two countries that started when the United States reimposed sanctions on Iran and put extreme pressure on the trade of Iranian oil in a bid to strike a blow against the country's economy.

This standoff has not only been confined to economic confrontation but has extended into politics as well, with the United States having officially designated Iran’s Islamic Revolution Guard Corps, a branch of the nation's military, as a terrorist group. In response, Tehran has placed the CENTCOM under the same designation.