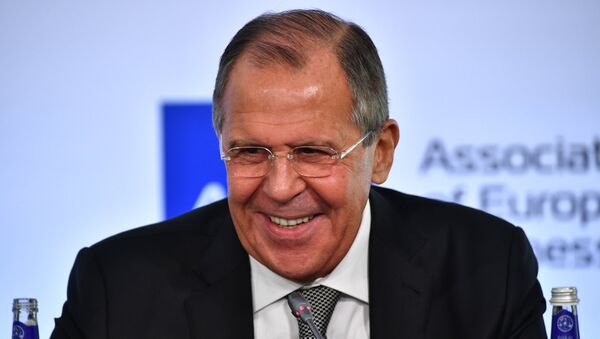 Russian Foreign Minister Sergei Lavrov's witty responses to questions from journalists have become somewhat legendary, as he never ceases to amaze the world with how spot-on his remarks are.

Russian Foreign Minister Sergei Lavrov turned to unequivocal irony when a journalist from CNN asked him if Moscow had any "leverages or opportunities" to stop a potential US intervention in Venezuela at a press briefing following his meeting with US Secretary of State Mike Pompeo in Finland on Monday.

"Some call your company 'fake news', and now you are asking a fake question", Lavrov immediately hit back with a chuckle at roughly the 2:30 minute mark of the video.

The foreign minister was probably alluding to accusations of CNN being "fake news" that have consistently been voiced or tweeted by US President Donald Trump.

All jokes aside, the head of Russian diplomacy voiced strong opposition to any military interference without a UN Security Council mandate.

"From my contacts with American, European and Latin American counterparts, I do not see supporters of a reckless military solution. I hope that this understanding, which everyone has, will be turned into a practical policy, that there will be no military solution, because it would be catastrophic", he stressed.

As the coup failed, Guaido, who has been backed by the United States from the onset, confirmed over the weekend that he may consider the possibility of a military intervention by Washington to drive out the Maduro government.