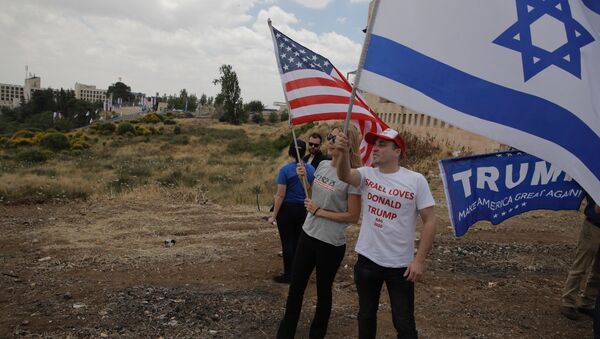 Donald Trump's administration has made some major and controversial decisions in its support for Israel, such as recognising Tel Aviv's claims to Jerusalem and the Golan Heights. Despite these steps, certain states have witnessed a rise in perceived anti-Semitic sentiments.

US Special Envoy for Monitoring and Combating anti-Semitism, Elan Carr has stated that Washington may review its ties with certain states based on the latter's attitude towards Israel, Reuters reported. This may be done as a part of a recently announced policy shift that will equate anti-Zionism, or opposition to the existence of the state of Israel, with anti-Semitism in US eyes.

"The United States is willing to review its relationship with any country, and certainly anti-Semitism on the part of a country with whom we have relations is a deep concern", he said.

Carr further stated that he will be discussing the issue of anti-Semitism and its impact on bilateral relations with the US with a number of countries and their heads in "frank and candid conversations […] behind closed doors". However, he refused to specify the exact states and the possible steps that Washington make take based on the results of these talks.

The special envoy also praised the US decision to start equating anti-Zionism with anti-Semitism, claiming that it "breaks new ground" by admitting that the former is just "one of the chief flavours" of hatred towards Jews in the modern world.

The shift in the US policy towards anti-Zionism was announced by Secretary of State Mike Pompeo in March 2019. He claimed that it was just a form of anti-Semitism and vowed that the US will be fighting against it "relentlessly".

President Donald Trump's administration has been largely supportive of Israel and in line with this policy recognised its claims to the Golan Heights and Jerusalem as the Jewish state's capital. At the same time, Washington's steps have exacerbated tensions between Tel Aviv and some regional states and "enemies", such as Hamas, who have intensified their attacks against Israel in recent years.