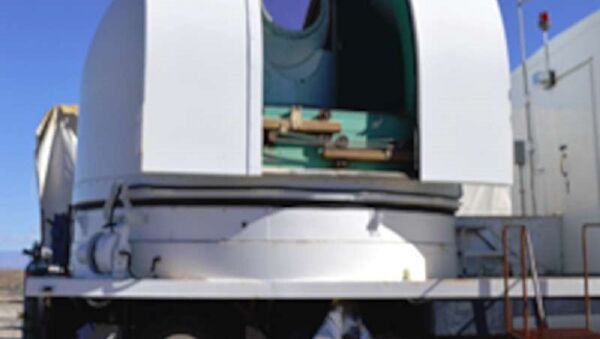 © Photo : IndoPacific_SCS_info ‏/twitter
Subscribe
International
India
Africa
US manufacturer Lockheed Martin is involved in the development of the laser system. The weapon is expected to be made operational in the second half of the next decade.

The US Air Force has reported a successful test of a laser weapons system that effectively shot down several airborne missiles.

The technology is currently operated from the ground, but the finalised version of the system is expected to be fitted onto aircraft.

The U.S. Air Force has revealed that a ground-based surrogate for a laser weapon system that could protect American fighter jets and other aircraft from incoming threats in the future has successfully shot down multiple air-launched missiles in a test. pic.twitter.com/JGruJbH1Na

The weapon is supposed to ensure the safety of US Air Force fighter aircraft and be able to intercept air-to-air and ground-to-air missiles.