Plane With 13 on Board Crashes in Mexico - Report 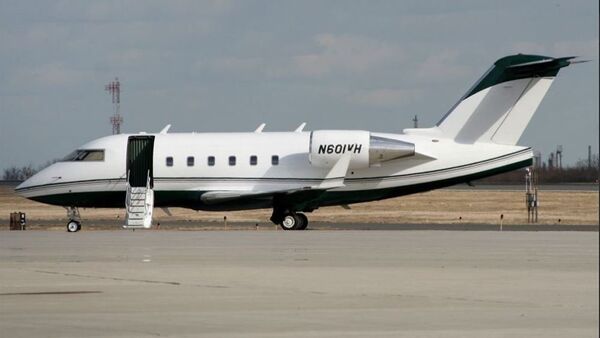 A Bombardier Challenger 601 business jet with 11 people and 2 crew members on board en route from Las Vegas to Monterrey disappeared from radars yesterday.

The private Bombardier Challenger 601 plane, which went missing during a flight over the municipality of Monclova in the Mexican state of Coahuila, crashed in a mountainous area, the Info 7 news portal reported.

The plane was flying from Las Vegas in the US to Monterrey, Mexico, with the passengers reportedly returning after watching a boxing match in the American city.

"The Secretariat of Public Security of Coahuila and authorities of Nuevo Leon have begun searches for the private Jet Bombardier Challenger 601 plane, registration N601VH, that flew from Las Vegas to Monterrey, with which contact was lost on Sunday afternoon", a Radio Centro correspondent reported.

Local media has published a list of passengers and names of the plane’s crewmembers.