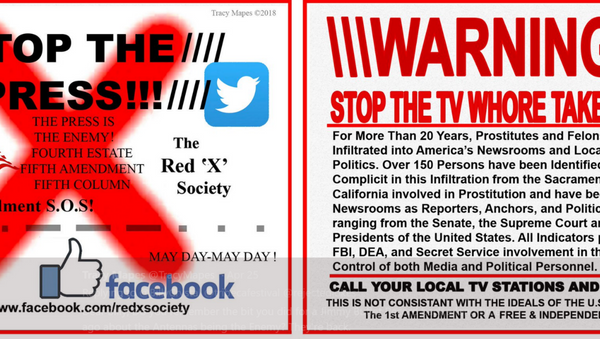 © Twitter/TracyMapes
Subscribe
On Friday, anti-media flyers, some printed with swastikas, were dropped outside an Ariana Grande concert and a Sacramento State University event in Sacramento, California.

The leaflets, which included phrases like "the press is the enemy," "stop the press" and "stop the TV whore takeover," were first scattered from an aerial drone around 6:30 p.m. around the Guy West Bridge in Sacramento, where the annual fundraising event "Bites on the Bridge" was taking place near Sacramento State University.

​"Sacramento State condemns in the strongest terms the dissemination of hate speech and propaganda," he wrote. "The anonymous act of spreading such vile material is offensive and runs counter to the principles of inclusion and diversity practiced at Sac State. It did not stop the event, nor will it slow our march toward greater understanding and commitment to the rights and safety of our campus community."

​Shortly afterwards, the flyers were spotted outside the Ariana Grande Concert at the Golden 1 Center in downtown Sacramento, where hundreds were waiting for the concert to begin, the university's student newspaper the State Hornet reported.

According to the Sacramento Bee, some of the flyers included "Tracy Mapes ©2018" in the corner, while others advertised the social media accounts of "The Red X Society."

The Red X Society Facebook page includes links to anti-media posts. An April 21 post on the page also includes a link to a video of a drone spilling flyers over the California State Capitol.

​In 2017, American River College student and Sacramento resident Tracy Mapes, 55, was arrested and charged with a misdemeanor for dropping anti-media leaflets from a drone over NFL games taking place in Santa Clara and Oakland.

The Red X Society, which was created by Mapes in 2014, has only 77 followers on Facebook and three on Twitter. The group's "only membership requirement is in the participation or direct action in exposing US corruption," according to its description on Facebook.

On May 3, Twitter user @TracyMapes also tweeted two links to drone images of what appears to be the California State Capitol building. A day later, the account posted links to an article on Portland Independent Media Center which includes photos of the same flyers which were dropped in Sacramento Friday. 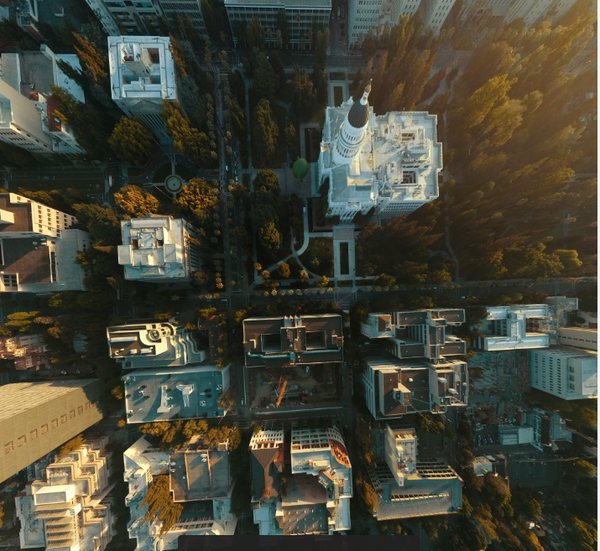 ​"The Red X Society made 5 Protest Leaflet Drops at various locations in the Sacramento area with the primary goal to bypass the Media and go straight to the Public with the Story that the Media will not tell the Public. The Public has a Right to know this Information to make Important decisions in how they participate in expression, and political support. They may not like the presentation, but this is factual information with no government response for over 10 Years," the article, which is signed by Mapes and dated May 3, states.

​The incident is currently being investigated by the Sacramento State Police Department.