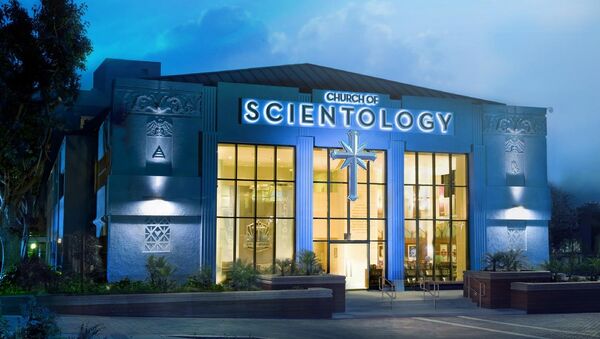 © Flickr / Scientology Media
Subscribe
Applied Scholastics’ representatives, who are widely believed to be part of a contentious religious sect - the Church of Scientology, due to the same focus on so-called Study Tech - appear to be targeting the two-island country of Samoa in Oceania.

It has been revealed in a recently published investigation by the Samoa Observer that there are at least six schools on the small Pacific islands using books with the teachings of L. Ron Hubbard, the founder of the controversial Church of Scientology.

Earlier, in February last year, Samoa’s Prime Minister Tuilaepa Sailele appeared photographed alongside Warren Mayer, who serves as a “humanitarian ambassador” for a group called Applied Scholastics, with the pair jointly holding a textbook titled “Learning How to Learn”, one of 10,000 gifted by the group to the Samoan people.

Applied Scholastics also shared with ABC that over a dozen Samoan tutors and coaches had travelled to the US state of Missouri, where the group is based, on an educational exchange trip. Although Samoans are a deeply Christian nation and seemingly unlikely to be a suitable destination for Scientologists, it appears to be one many far-off islands that Applied Scholastics is purportedly seeking to bring its teachings to, along with at least 70 countries that the group is operating in, despite its widespread reputation of being a Trojan horse in terms of religious indoctrination.

"One of the reasons it's objectionable is that it's covert religious instruction, it's teaching people Scientology", according to Dr David Touretzky from Carnegie Mellon University, who is a long-time critic of the workings of the Church of Scientology and its partner organisations.

Study Tech – Magic Pill for Those Wishing to Know All?

Applied Scholastics uses a teaching method known as Study Tech, an idea that was initially put forward by “American author and educator L. Ron Hubbard” and that he described as "[Scientology's] primary bridge to society". Applied Scholastics’ website contains several anonymous testimonials to the promoted research method, while Scientology’s website also dwells on Study Tech, claiming it is “not a gimmicky quick-study method”, but a universal tool that can be used by whoever is wishing to acquire brand-new skills.

The universality of the method was questioned by Dr Touretzky among other researchers, who remarked that no legitimate scientists or educators support the theory.

000000
Popular comments
A very frightening organisation supported by top film actors Cruise and Travolta , can you imagine how much they get paid by the Scientology Church , must be in the millions , that's where the two do their best acting , so why haven't they received the highest acting awards ? But the most horrific thing is that some American authority deemed this organisation to be church-like , meaning no income taxes are paid . Now what President would allow a ruling like this to be issued and passed ? The US has now got it's NRA , the major gun lobby and the very religious Church of Scientology . What a pair of misfits , but that is America , folks !