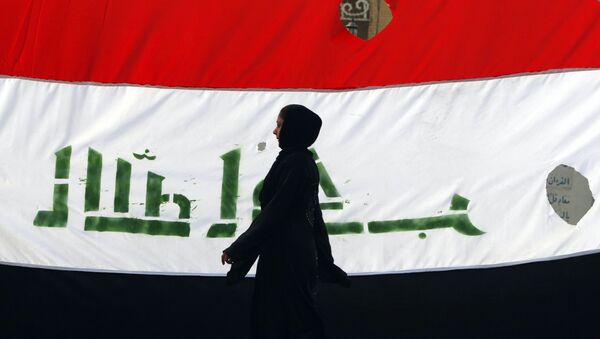 DOHA (Sputnik) - Former prime minister of Iraq, Haider Abadi, has said in an interview with Sputnik that he favours including Shiite militias into the country's defence force.

"Militia is a national force that has efficiently participated in defeating terrorism and protection of the motherland. I do not support militia dissolution, but I am in favour of its structuring. I have been working on militia structuring in order to turn it into a dynamic force within the country's defence units, which have no relation to politics and are far from any party affiliation", Abadi stated.

The statement comes a day after an explosion in Mosul, Northern Iraq, that left two people injured, according to media reports.

US Iraq War Veteran Rams Pedestrians In Belief They Were Muslims
Abadi resigned as the Iraqi prime minister after four years in office in October 2018, when the operation against the Daesh* terror group, which had seized vast territories in Iraq, especially at its border with Syria, was almost over, with only Daesh sleeper cells remaining in the country. Militias, mostly uniting members of Shiite groups, actively engaged in the counter-Daesh operation.