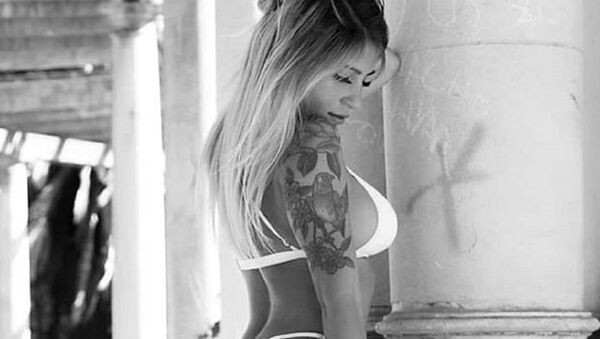 Sonia Pellizzari noted that she first started to increase her income by taking sexual images and then moving on to making videos: although she abstained from revealing exactly to what extent she was rewarded financially, she admitted to local media that it was quite a lot, adding that she uses the money “to pay the rent and other things”.

Sonia started working for the local council back in 2011 and decided to combine it with modelling in 2017, which her family and work colleagues were aware of “right from the start”, but it wasn’t until a video of her and one of her friends topless went viral that the council’s management made the decision to give her the sack.

Commenting on the incident, Sonia admitted that her other clips included sex scenes, but insisted she had been fired unrightfully. She also rejected claims that she was a prostitute, pointing out that all men who she has engaged in a sexual intercourse with in front of the camera were professional actors who had signed up to be recorded and consented to the videos being further spread online.

Meanwhile, council chiefs denied that their move was fuelled by the nature of the videos she was making, asserting that the issue was that her work allegedly suffered due to her occupation on the side. They claimed she had taken excessively much time off work, something which she has flatly denied.