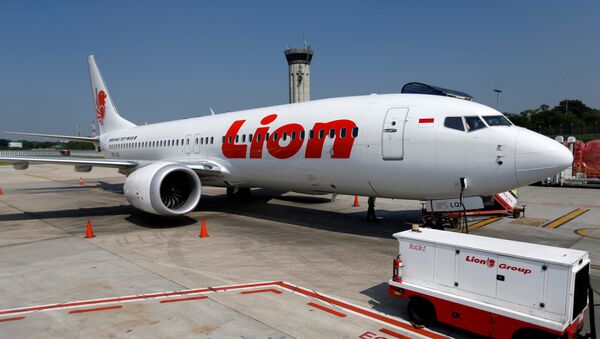 Boeing came under scrutiny after its best-selling 737 Max jet was involved in two deadly crashes in five months. In October, Lion Air Flight 610 crashed minutes after taking off from Jakarta, Indonesia, killing 189 people. On 10 March, Ethiopian Airlines Flight 302, involving the same Max jet model, crashed, killing all 157 people on board.

A report from the Verge claims Boeing sent its representatives to meet with airlines around the world in a last-ditch effort to reassure them about its best-seller Boeing 737 Max after the Lion Air disaster, its first deadly crash. The report is based on numerous interviews with experts, pilots, and engineers.

The tactic employed by Boeing is claimed to have paid off as the company landed new orders for the plane, convincing Lion Air to keep an order to a tune of billions of dollars.

Boeing reportedly sent people around the world to reassure airlines after the Lion Air 737 Max crash, even convincing the airline involved to keep its order for the plane https://t.co/YGNSXO4Jwl

​The company’s strategies highlighted in the report glaringly contrast with Boeing's public response to the second fatal incident involving the 737 Max — the Ethiopian Airlines crash in March 2019 that killed 157 people.

Boeing Tests New 737 MAX Software Amid Probe Into Ethiopian Airlines' Crash
In the immediate aftermath of the crash, Boeing took a while to break the silence, receiving its share of flack for this.

Boeing subsequently apologised, acknowledging the planes' software systems may be to blame for both crashes, according to preliminary findings.

In wake of the second deadly 737 Max crash, Lion Air indicated an intention to cancel its order, while other airlines have been either rushing to scrap orders or pulling out of new ones.

Bloomberg reported Lion Air's owner, Rusdi Kirana, saying in March that the airline was drafting documents that would cancel its orders, accusing Boeing of "acting immorally in this relationship".

Similarly, Garuda Indonesia also asked to cancel a $5 billion order for 49 Boeing 737 Max jets in March, specifying that customers had lost trust in the plane model after the crashes.

As airlines bemoan their losses, with flights cancelled and profits hurt, Boeing is reeling from a $1 billion hit.

Ever since the grounding of the plane in wake of the second crash, Boeing has reported no new orders for the model, slashing production from 52 a month to 42.

Nonetheless, the company is defending the aircraft and its design, repeatedly pledging to "earn and re-earn" flyers' trust since the second crash, and insisting it will be one of the world's safest planes once it returns to the skies after a software fix has been approved by regulators.