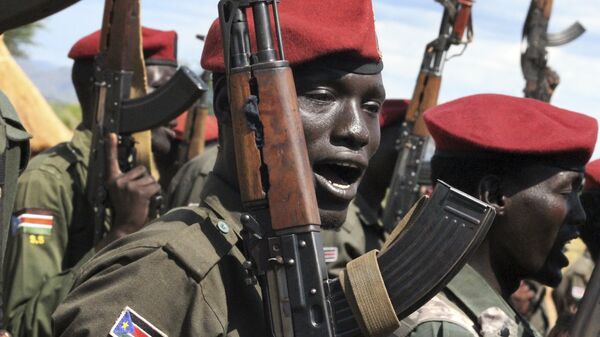 The state of emergency was imposed in July 2017, when the army and rebels led by South Sudan's ex-Vice President Riek Machar were engaged in fighting.

South Sudan has lifted the state of emergency that was introduced two years ago in the country's north — this comes at a time when the state's authorities agreed to introduce a six-month extension to form a unity government that is expected to end civil war, Bloomberg reported on Friday.

The decision to prolong the emergency was made on Friday during a meeting of President Salva Kiir and his deputies, Taban Deng Gai and James Wani Igga, in the state's capital, Juba.

The lifting of the state of emergency follows the UN Central Emergency Response Fund's (CERF) statement made early last month that around $11 million in emergency aid has been allocated to provide urgent relief to more than a quarter of a million displaced persons fleeing the violence in South Sudan. CERF noted that some 1.9 million people are now displaced persons in South Sudan while another 2.3 million have fled to neighboring countries.

South Sudan has been mired in a civil war that erupted two years after it gained independence from Sudan in 2011.