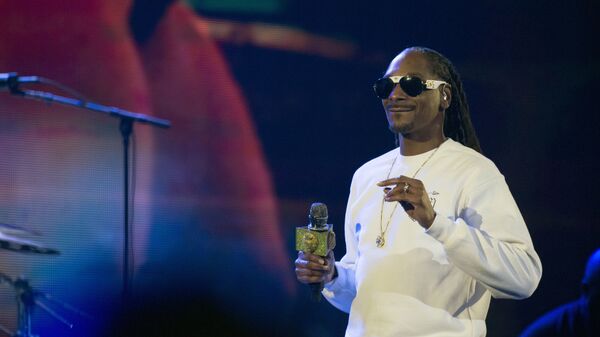 In a separate video, the rapper harshly criticized Farrakhan’s ban with strong language. “How the f*ck y’all gonna ban Minister Louis Farrakhan for putting the truth out there?” Snoop asked, “I stand with him. I’m with him. Ban me, mother*cker,” he said, addressing the Instagram administration.

Farrakhan was banned on Facebook and Instagram on Thursday along with several other conservative personalities, including Infowars host Alex Jones, Infowars contributor Paul Joseph Watson, and journalist and activist Laura Loomer, as well as political speaker Milo Yiannopoulos. The media company claimed that the content the banned individuals brought to social media platforms promotes “hate speech [and] creates an environment of intimidation and exclusion and in some cases may promote real-world violence.”

Earlier in October Farrakhan was stripped of his “verified” blue checkmark after he posted a video to Twitter in which he called Jews “termites.”