Jean-Claude Juncker: 'Loss of Libido' Root Cause of EU Plight 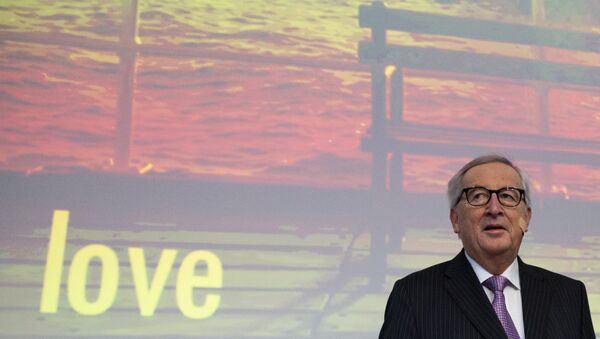 A few days before a leaders’ summit on the future of the bloc in the Romanian city of Sibiu, the president of the European Commission Jean-Claude Juncker, whose tenure expires in 2019, shared a lighthearted analysis of the state of the European continent.

European Commission Chief Jean-Claude Juncker has warned that the danger for the EU is that Europeans have “lost their collective libido” for each other.

“We don’t love each other,” Juncker said. "Five or six years after the second world war there was one. Yet these days it should be much easier for Europeans to fall in love with each other than it was in 1952.”

Speaking to Hungarian outlet HGV, Juncker said that over the decades of interaction with British politicians, he had always been left with the impression they didn’t quite feel at home in the EU.

Continuing in a whimsical tone, he said that in Britain the “bride” – the EU – had been “systematically reviled” from the start and then “rejected”.

Juncker also bemoaned a deplorable lack of passion for Europe among the UK political elite, arguing that British politicians for decades had told voters the main purpose of the EU was to facilitate financial cooperation.

To them he stressed, this was never about sharing common values, suggesting this had enabled Brexiteers in Britain to successfully campaign to quit the EU.

However, the Commission chief, who is set to retire from his role in the fall, doesn’t believe any other countries will quit the EU.

The summit of EU heads of state and government to be held in Sibiu, Romania, on May 9 comes before elections to the European Parliament of May 26, and European leaders are set to discuss the path to be followed by the whole political European community.

Pending UK departure, the European elections, difficult discussions to agree on the EU’s seven-year budget, are just some of the tasks that lie ahead.