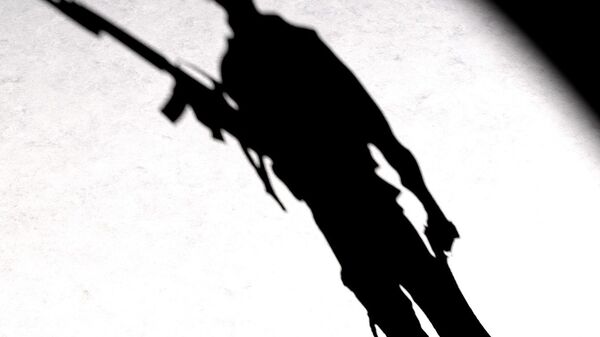 © Photo : Pixabay
Subscribe
International
India
Africa
Sexual assaults in the US military rose by 38% from 2016 to 2018, according to a Pentagon report on sexual violence within its ranks released Thursday. About 20,500 servicemembers, 13,000 of them women and 7,500 men, reported being assaulted in the past year. The 2016 estimate was 14,900.

"[S]exual assault is a persistent problem," Assistant Secretary of Defense for Manpower and Reserve Affairs James Stewart wrote in a letter to Congress accompanying the report, and although reporting rates remained steady, with one in three victims reporting the crime to a Pentagon superior, "we are not satisfied with this result," he wrote.

The rate of sexual assault for women saw a statistically significant increase from 4.3% in 2016 to 6.2% last year, while the assault rate for men stayed steady at 0.7%. Younger servicemembers were the most at risk, and their attackers were most often their peers or close in rank to them. "This year's force-wide survey showed that the vast majority of sexual assaults of Service members occurred between people aged 17 to 24 who work, train, or live in close proximity." Women in the Air Force were the least likely to be assaulted, at a rate of 4.3 %. Nearly 11% of women in the Marine Corps reported experiencing sexual violence. Men in the Air Force were also least likely to be assaulted, at a rate of 0.5%; 1% of men in the Navy reported assaults, the highest rate for men.

As with civilian women, military women were most likely to be assaulted by "military men whom they considered to be a friend or acquaintance, acting alone." The report also found that "the alleged offender's rank was most often the same as the victim's or one rank higher, with most alleged incidents involving junior enlisted women in the grades of E3 and E4."

Nearly a quarter of active duty women reported experiencing sexual harassment in the workplace; 6.3% of men reported the same.

This year's report notes that rates of reporting sexual assault have more than quadrupled in the last 10 years, as the military has worked through its Sexual Assault Prevention and Response program, launched in 2005, to help educate, support and treat victims of sexual assault. About 30% of assaults were reported in 2018, roughly the same rate as in 2016. Women were far more likely to report their assaults than men, at a ratio of about 30% to 17%. About a quarter of respondents were satisfied with the support they received from various military reporting resources, and 93% of respondents reported intervening in some way if they saw inappropriate behavior.

A Pentagon report released at the end of January found that sexual assault and harassment at US military academies rose nearly 50% over the last academic year and declared the problems "insidious, persistent challenges that do not remit easily."

In April, citing the results of that survey, Acting Defense Secretary Patrick M. Shanahan announced the establishment of a Sexual Assault Accountability and Investigation Task Force. "The results of the 2018 Report on Sexual Assault and Harassment in the military academies are unacceptable," he said at the time.

"The Department remains strongly committed to ending sexual assault in the military," Stewart wrote to Congress. "However, this year's report shows that sexual assault is a persistent problem, as estimated prevalence increased across the force in FY 2018."

Sexual assault in the military is nothing new, and neither is criticism of the official response to it. An AP report from 2018 found that sexual crimes committed by minors against minors on US bases often went ignored and unprosecuted, with one victim saying military brass were more interested in trying "to uphold an image" than provide justice to victims.