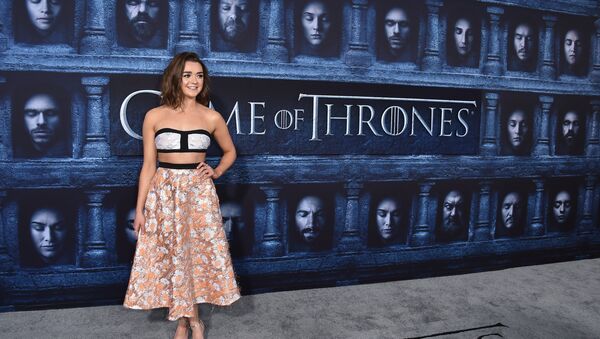 The eighth season of the HBO drama series has captured the minds and hearts of millions around the world, with fans reacting to the latest developments in the Game of Thrones show, including the killing of the much feared character, the Night King.

Videos of people imitating the Game of Thrones character who became the hero of the TV show's latest episode have filled the internet, following the spread of hashtags #TheArya and #AryaChallenge.

The move performed by Arya Stark, shown to kill the villain, became popular among the fans, who started practicing it, filming it and posting on social media.

Some came to suggest that the Star Wars character, Rey, mastered the move before it was popularized by the Game of Thrones' Stark girl.