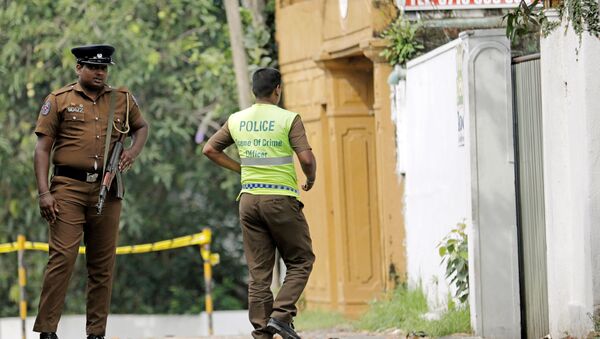 © REUTERS / Dinuka Liyanawatte
Subscribe
International
India
Africa
On 20 April, a temporary ban on the use of popular social networks and messengers, including WhatsApp, Viber and Facebook, which was imposed in the country after the terrorist attacks was lifted by the country's president.

It is "quite possible" that a "foreign mastermind" planned the deadly attacks in Sri Lanka, Sri Lankan President Maithripala Sirisena told Sky News. The president has also stated that it may be possible that the terrorist group Daesh* has started a "new strategy" by beginning to target smaller countries.

The statement comes days after Sri Lanka reimposed a two-day curfew in the territories surrounding the country's eastern city of Kalmunai, which was hit by three bombings on 26 April.

Asia
After Sri Lanka, Fringe Hindu Group Seeks Ban on Burqa in India
Sri Lanka's first nationwide, week-long curfew this year was imposed on 21 April, the day of a series of deadly Easter bombings which killed hundreds of people and injured hundreds more across the country. Afterwards, the curfew was re-imposed on a daily basis.

The international terrorist group Daesh has reportedly claimed responsibility for the attacks. Sri Lanka launched a criminal investigation into the attacks and has already arrested over 100 suspects. According to prosecutors, nine suicide bombers carried out the attacks, eight of whom have already been identified.

*Daesh (also known as IS/ISIS) is a terrorist organisation banned in Russia.