Treasury: Venezuela's Institutions Should Support Guaido to Get Sanctions Relief 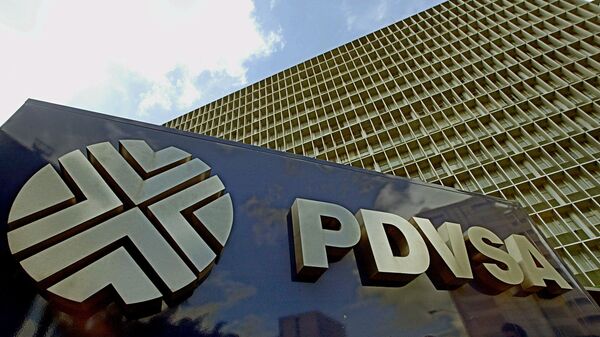 WASHINGTON (Sputnik) - Venezuela's institutions should support opposition leader Juan Guaido in order to receive sanctions relief from the United States, the US Department of the Treasury said in a press release on Tuesday.

"The path to sanctions relief for individuals and entities aligned with the former Maduro regime, including institutions such as PdVSA, is to change behaviour by supporting Venezuela’s democratically elected leader and those who seek to restore democracy," the release said.

Washington has targeted Venezuelan officials and businesses with multiple sanctions in recent months amid a campaign to force President Nicolas Maduro from power.

"The United States and our partners and allies stand ready to leverage the tools of the international financial community to help swiftly restart Venezuela’s economy. This Administration will continue to hold accountable those who stand in the way of restoring democracy to Venezuela," the Treasury added.

The situation in Venezuela has been tense since January when US-backed opposition leader Guaido illegally declared himself the country’s interim president after disputing Maduro's re-election.

The United States and 54 countries have recognized Guaido. However, Russia, China, Cuba, Bolivia, Turkey and a number of other countries have said they recognize Maduro as the only legitimate president of Venezuela.